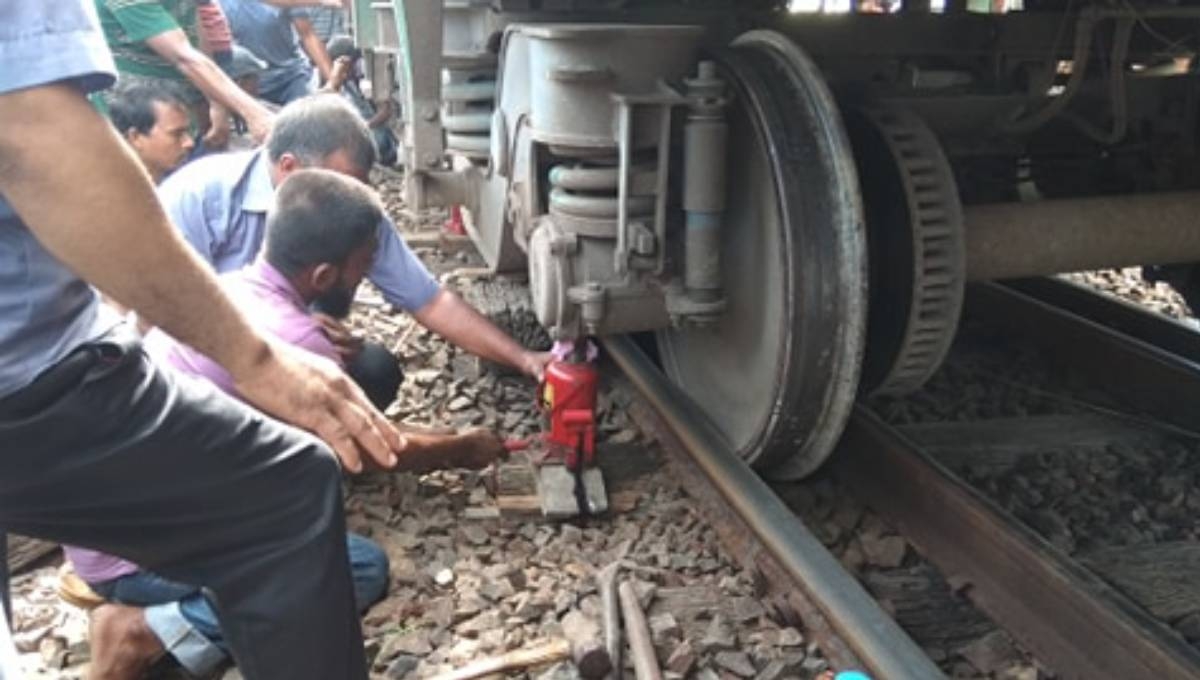 Rail links between Dhaka and Bangladesh's northern and southern regions have been restored nine hours after the derailment of a Kurigram Express train in Tangail.
The train's engine and three coaches went off the tracks west of the Bangabandhu Bridge around 12:30 am on Sunday, according to Abdul Mannan, station master of Bangabandhu Bridge East Station.
The accident halted the rail communication along the bridge leaving four trains bound for different destinations stranded at different stations.
A rescue train from Dhaka reached the scene on Sunday and mended the train tracks after removing the locomotive and the bogies around 8:30 am.
Rail services subsequently resumed at 9am, said Abdul Mannan.
No-one was hurt in the accident but the authorities are yet to determine the cause of the derailment, he said.