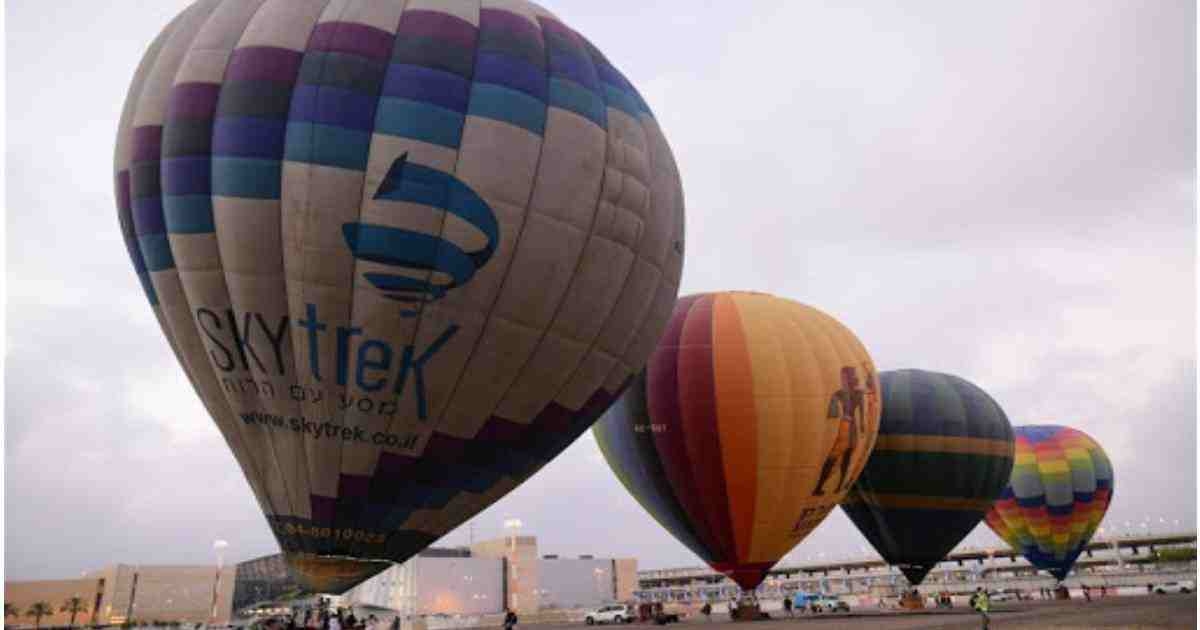 Four hot air ballons took off from Israel's Ben Gurion International Airport on Sunday for the first time ever due to the low number of flights.
The balloons, flown by Israeli companies Rize Up and Skytrek took off after receiving the permission of the Israel Airports Authority (IAA), reports Xinhua.
Dozens of aviation enthusiasts came to the airport to watch the event and photograph it, as the balloons took off on a runway near the airport's main terminal reaching an altitude of about 2km.
Recently, the IAA allowed aviation enthusiasts from all sectors, such as flying ATVs and ultra-light aircraft, to conduct special flights from the airport, which previously could not be possible due to heavy air traffic.
The Hebrew news website "Ynet" reported that one of the participants in the balloons flight was a 72-year-old recovered coronavirus patient, after being hospitalised in critical condition.
In mid-June, Israeli Prime Minister Benjamin Netanyahu estimated that the opening of Israeli skies to flights would be on Aug 1.
However, the number of new daily coronavirus cases has since jumped from a few dozen to more than 2,000, which has delayed the plan.
On July 20, Israel extended flight restrictions until at least Sept 1, following the recent sharp increase in morbidity.
The restrictions ban the entry of foreign nationals into Israel, excluding exceptional cases approved by the Population and Immigration Authority, with a 14-day mandatory quarantine.