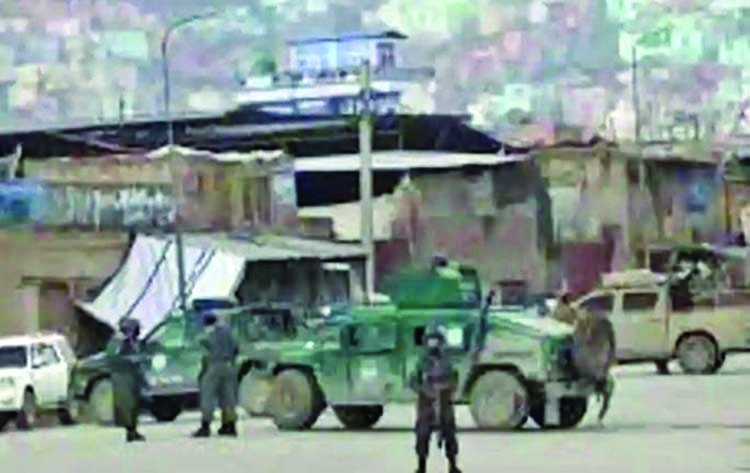 An influential American congressman has praised India for giving refugee status to Sikhs and Hindus from Afghanistan and urged the Trump administration to do the same for the persecuted religious minorities from the war-torn country. The ministry of external affairs (MEA)?said on Thursday that there had been a recent spurt of attacks on Hindus and Sikhs in Afghanistan by terrorists at the behest of their 'external supporters' and India has been providing necessary visas to members of these communities.
Fulfilling a dream of his Islamic-oriented youth, Turkish President Recep Tayyip Erdogan joined hundreds of worshipers Friday for the first Muslim prayers in 86 years inside Hagia Sophia, the Istanbul landmark that served as one of Christendom's most significant cathedrals, a mosque and a museum before its conversion back into a Muslim place of worship. Thousands of other Muslim faithful came from across Turkey and quickly filled specially designated areas outside of the Byzantine era monument to join in the inaugural prayers. Many others were turned away, while Orthodox Christian church leaders in Greece and the United States announced a "day of mourning" over Hagia Sophia's return as a mosque. The prayers began with Erdogan reciting from the Quran. The head of Turkey's religious authority, Ali Erbas, led the ceremony and prayed that Muslims would never again be "denied" the right to worship at the internationally celebrated 6th century structure.
Liverpool captain Jordan Henderson was named the Football Writers' Association (FWA) player of the year on Friday (July 24) for leading the Reds to their first top-flight league title in 30 years. The 30-year-old beat Manchester City's Kevin de Bruyne, Manchester United forward Marcus Rashford and teammates Virgil van Dijk and Sadio Mane to the prize. As well as making his presence felt in 30 Premier League games this season as Liverpool have surged to the title with an 18-point lead at the top of the table, Henderson led by example off the pitch during football's three-month shutdown due to the coronavirus crisis.
Drive past the turkey farm. Keep going, past the hand-painted signs advertising fresh eggs and "u-pick" berries. Go far enough down No 6 Road in Richmond, British Columbia, and you can't miss the house - although if you reach the topsoil business you've gone too far."House" doesn't do justice to the gargantuan edifice that rises from the blueberry fields at number 9431 like a colonnaded mirage. Technically, it is a farmhouse, albeit one measuring 22,317 sq ft, with a chandelier the size of a compact car, a jade-lined master ensuite and a price tag of C$21.98 million (US$16.4 million).The property, which went on sale this month, represents a last remnant of a remarkable real estate bonanza fuelled by Chinese money, that saw farms sell for 100 times their official valuations, as mega mansions sprang up in the unlikely semirural setting of Richmond's low-lying fields.