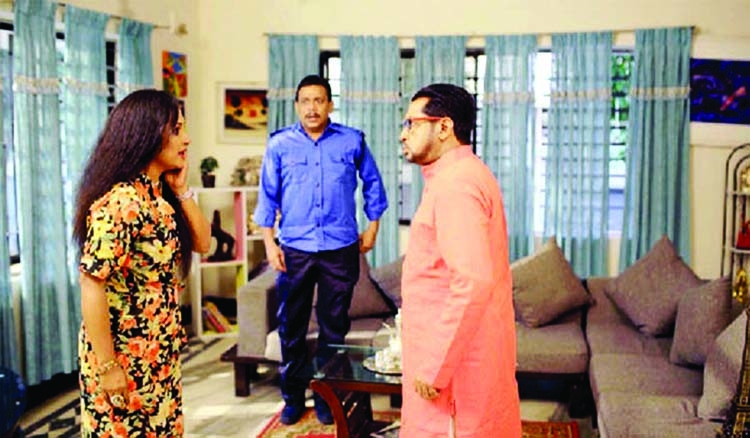 On the occasion of the holy Eid-ul-Adha, the drama 'BabaraShob Pare' has been created for airing on the satellite TV channel Maasranga TV. It has been written by Pappu Raj, this television story is directed by SM Kamruzzaman Sagor.
Shahiduzzaman Selim, Shatabdi Wadud, Golam Farida Chhanda, Shanerai Devi Shanu, Swapnil Sajjad and many others have acted in it.
ShahiduzzamanSelim said, "I have known Sagor for a long time. But this is the first time I have worked with him. I always prioritize stories in my work. And in a word, I like this story very much. I am very happy to be doing this."
Popular actress Golam Farida Chhanda, who returned to the screen after a hiatus, said, "Although this is my first work with Sagor, the story and the production, fascinated me very much."
Director Sagor said, "A father's contribution in the life of every child in the world is immense. Sometimes a father is willing to make such sacrifices for his child which is only possible by the father. Pappu Raj has beautifully scripted the story. He has presented two different fathers from two different times very well. I hope I can keep the audience on screen. Also my team has done the job with great sincerity. Hopefully, as always, I will be able to present a production based on a story that will be liked by the audience."