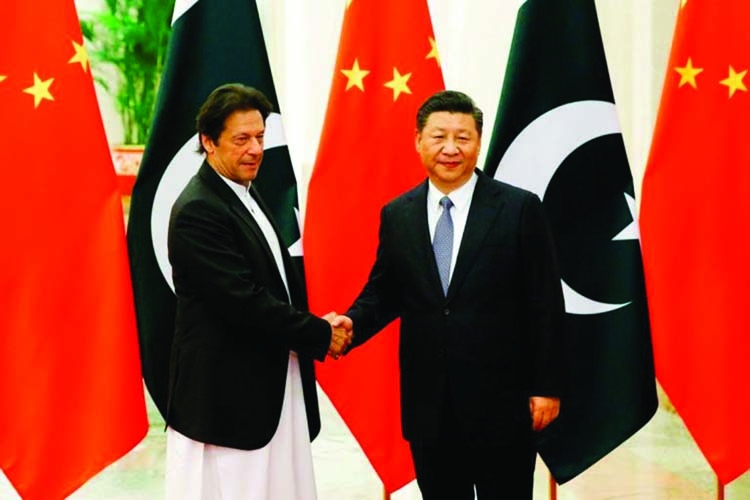 Chinese President Xi Jinping shakes hands with Pakistani Prime Minister Imran Khan ahead of their meeting at the Great Hall of the People in Beijing in 2019. -AFP
Xi Jinping is all set to sideline the democratically elected representatives and civil servants of the people of Pakistan so as to expand his direct influence over the political and economic processes of the country.
Since 2016, Xi, the general secretary of the Communist Party of China has been forcing the Pakistani establishment to put pressure on the government (it was Nawaz Sharif's government back then) to sideline the Planning Ministry's role in the implementation and monitoring of the multibillion-dollar China-Pakistan Economic Corridor (CPEC), reports Asia Times.
Xi pushed for the creation of a supra-constitutional CPEC Authority that would freelance the management of the predatory infrastructure and power-generation projects under his direct command.
The proposal was rejected then, but last year it was again presented before the prime minister of the country now Imran Khan. The reason given was timely completion of the projects. This time the prime minister is a full-fledged puppet of the military establishment, and therefore it was easier than before to manipulate the law to fulfill Xi's desire to take over the Planning Ministry of Pakistan, and in future the country itself.
I consider Pakistan's Ministry of Planning, Development and Special Initiatives one of the most crucial state institutions, whose senior bureaucrats could implicitly scrutinize and resist Xi's draconian CPEC scheme, as they had access to all of the secret documents on the agreement and were involved, directly and indirectly, in the decision-making process.
So long as the reins were under the control of civilian institutions led by representatives of the people and civil servants, thorough accountability of Xi's master plan at least at some level and at some point in time if not at once was possible. Sidelining the civil institutions altogether would allow Xi to play on both sides of the board. The agreement was so highly confidential that even the secretary of maritime affairs once refused to show it to the Senate Standing Committee on Finance.
So one can imagine what an above-the-law sort of deal it must be.
The CPEC Authority was established in October last year using a presidential ordinance (without parliament's approval) for four months and then was given another four-month extension. But Xi wants permanent control. And now that the establishment has its puppet in the Prime Minister's House, it is putting all of its efforts into making the Authority more powerful and a permanent part of the constitution by pushing it through parliament. 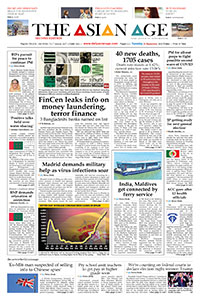