Spain insists it is safe amid new virus outbreaks 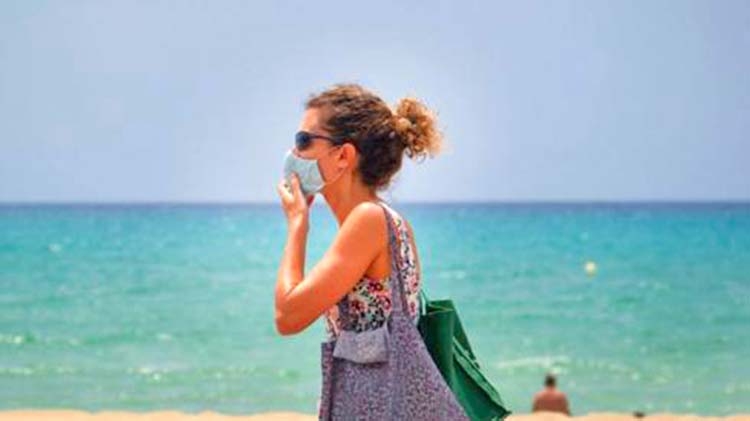 Spain has said outbreaks of new Covid-19 cases are isolated and under control after the UK abruptly ordered people coming from the country to quarantine.
Infections have risen sharply in Spain recently as restrictions were eased. Some regions have now imposed measures including making face masks mandatory. "Spain is safe for Spaniards and for tourists," the foreign minister said. Contagion among young people, who have been gathering in larger numbers, appears to be a particular worry.
France and Germany have also both seen new cases rise, as nations grapple between staving off fresh outbreaks and reopening economies. The UK's move to require arrivals from Spain to self-isolate for 14 days came into effect on Sunday, just hours after the change was announced, angering travellers and travel operators. The airline industry reacted with dismay, calling it a big blow. The UK's biggest tour operator, Tui, has cancelled all mainland Spanish holidays until 9 August.
British Airways is still operating flights, but said the move was "throwing thousands of Britons' travel plans into chaos". However, UK Foreign Secretary Dominic Raab defended the "swift" decision. Spain has more than 272,000 confirmed Covid-19 cases and some 28,400 deaths, according to Johns Hopkins University research, and is one of the European countries worst-affected by the virus.
The number of cases there has tripled in two weeks, with more than 900 new infections reported on Friday.
--- BBC