'BD will march towards progress if Hasina leads' 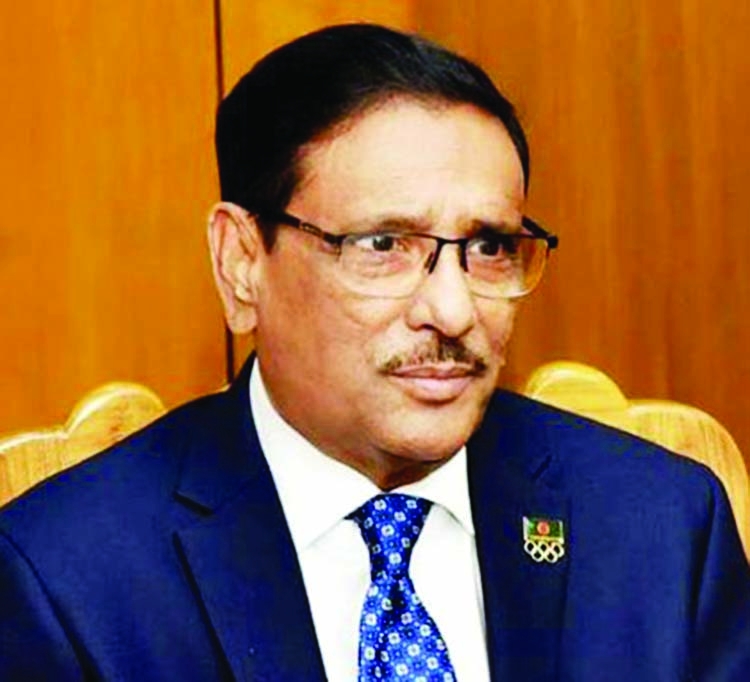 Awami League General Secretary Obaidul Quader has said that Bangladesh will march towards progress facing all hurdles with the concerted efforts of all under the dynamic leadership of Prime Minister Sheikh Hasina.
He was briefing media at his official residence on Sund-ay after the cover unveiling of a book titled "Sajeeb Wazed Joy: Samriddho Agamir Protichc-hhabi" marking his 50th birthday.
Quader, also the road transport and bridges minister, said, "Bangabandhu is the symbol of our independence and his able daughter Deshratna Sheikh Hasina is the role model of our economic emancipation. Bangabandhu's grandson Sajeeb Wazed Joy, who is a hardworking, meritorious and clean-image personality, is working from behind the scene to build a Digital Bangladesh and to translate the dreams of Bangabandhu and his daughter into reality."
State Minister for ICT Division and publisher of the book Zunaid Ahmed Palak, Prime Minister's Deputy Press Secretary and editor of the book Ashraful Alam Khokan and planner of the book Yasin Kabir Joy were present on the occasion.