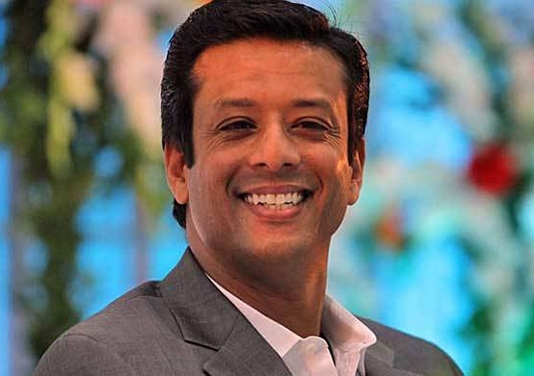 Sajeeb Wazed Joy enters into his 50s today increasing public expectations about his future role in political arena as by now he played the pivotal role in setting the country’s crucial course being the beacon of ‘Digital Bangladesh’.
Despite being a leading political figure, Joy so far preferred a distinct course of action unlike any conventional politician, to materialize the electoral pledge of the party he belongs to and his mother Prime Minister Sheikh Hasina leads to build a Digital Bangladesh.
Several analysts of country’s political history and trend said being a member of Bangladesh’s most illustrious political family, Joy’s character largely reflects the qualities of his grandfather Bangabandhu Sheikh Mujibur Rahman, who founded the country to remain as the Father of the Nation.
Bangabandhu Chair Professor at Bangladesh University of Professionals (BUP) and noted historian Dr Syed Anwar Hossain said Joy appeared as the guiding light in building her mother’s ‘Digital Bangladesh’ campaign.
“So by now he indebted Bangladesh with his role,” he said.
But, Hossain said, the family heritage clearly shaped Joy’s personality and character though it entirely depends on his decision whether Joy will widen his role as a politician.
“He (Joy) has the wisdom and vision . . . Bangladesh’s political landscape demands him as well,” Hossain said.
Former Dhaka University Vice Chancellor Professor Dr AAMS Arefin Siddique preffered to dub him as the architect of modern digital technology in Bangladesh as Prime Minister’s ICT affairs adviser as the outcome of the campaign “is very visible in our everyday life”.
“His contribution is benefitting us during this ongoing COVID-19 pandemic, very precisely . . . we expect his role during the post-corona period as well to take Bangladesh to a better position in the world arena,” said Sidduque, who is currently the chairman of Board of Directors of BSS, the national news agency.
He added: “His (Joy’s) personality shows, he inherited the qualities of his grandfather (Bangabandhu).”
Contemporary, political history suggests that Joy was a key figure in formulating the Awami League’s Vision 2021 manifesto, based on what the party was reelected thrice to power since 2008.
A graduate in computer engineering from the University of Texas at Arlington in the United States, Joy was born in 1971, coinciding with the emergence of Bangladesh as an independent nation.
He attended the Kennedy School of Government at one of world’s most famous Harvard University, which taught him the governance issues and earned him the Masters degree in Public Administration.
According to observers, Joy successfully could combine his academic learning on these two disciplines to be applied in leading the Digital Bangladesh campaign.
His excellence earned him the honour of being selected as one of the “250 Young Global Leaders of the World” in 2007 Davos summit of World Economic Forum, which is said to largely set the global affairs.
On 25 February 2009, Sajeeb Wazed officially joined the Awami League as a primary member of the Rangpur district unit of the party within days, and as an IT policy analyst, unveiled the concept paper and action plan for the overnment’s ambitious “Digital Bangladesh” campaign.
The aim was to develop a strong ICT industry in Bangladesh and initiate e-governance and IT education on a mass scale to materialize Bangabandhu’s dreams of a prosperous Bangladesh in the new century.
Bangabandhu Sheikh Mujibur Rahman established a satellite earth station at Betbunia in 1975, while being his grandson Joy sent a satellite into space.
“He (Joy) is working behind the scenes to realise the dreams of Bangabandhu and his daughter and to establish Digital Bangladesh,” Awami League General Secretary and Road Transport and Bridges Minister Obaidul Quader said.
Bangladesh, he said, achieved a remarkable success in the field of ICT with millions of the country’s youths are earning money from home and competing with the whole world due to Joy’s initiative.
Joy is currently spearheading a campaign in developing young entrepreneurs by taking various programmes related to information technology, politics, social, economic and education.
“He (joy) can foresee the future…according to his advice, the ICT policy was formulated in 2009. Then he also instructed about what needs to be done to implement this policy and build a digital Bangladesh,” State Minister for ICT Division Zunaid Ahmed Palak said.