Will make Natore a role model of development: Palak 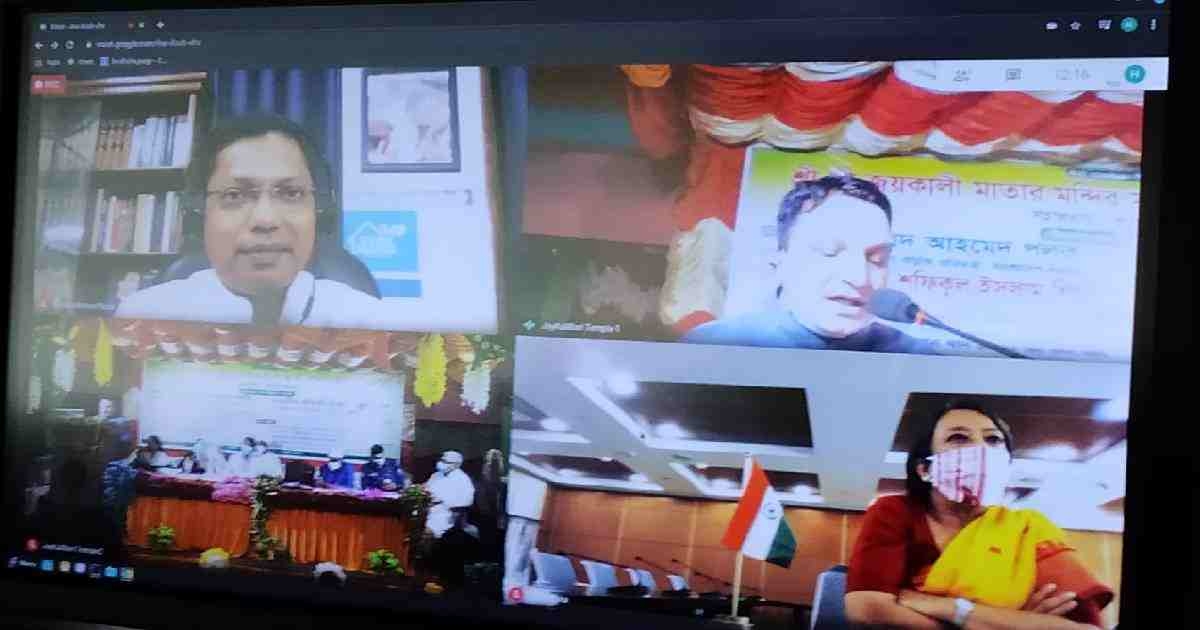 State Minister for Information and Communication Technology Zunaid Ahmed Palak on Monday said they would build Natore as a role model of development.
"In this endeavour, our friendly neighbour India will continue to stand by our side in the coming days," he said while jointly inaugurating the reconstruction of Sree Sree JoyKali Matar Temple, Natore virtually with Indian High Commissioner to Bangladesh Riva Ganguly Das.
Md Shafiqul Islam MP and Mayor of Natore Uma Choudhury Jolly also joined the virtual inauguration.
Palak said that taking advantage of Bangladesh's progress in the software industry India will further expand its area of cooperation with Bangladesh in the near future.
Riva Ganguly said they are pleased to have supported the renovation of one of the oldest temples of Bangladesh, the Sree Sree JoyKali Matar Temple in Natore.
"India continues to be a committed partner of Bangladesh in preservation of our shared heritage and culture which further strengthens our people-to-people relations," she said.
An MoU for the re-construction of Sree Sree JoyKali Matar Temple at Lalbazar was signed on October 23, 2016.
The project was executed by the Sree Sree JoyKali Matar Temple Committee with an Indian grant assistance of Tk 97 lakh and a total cost of Tk 1.33 crore under the High Impact Community Development Project (HICDP) Scheme of Government of India.
Sree Sree JoyKali Matar temple is approximately 300 years old and is one of the oldest temples situated in Natore.
It was built around the beginning of 18th century by Shri Dayaram Roy (1680-1760), the influential Dewan of Queen Bhahani (1716-1795) of Natore and the founder of Dighapatia Royal Family.
Various religious festivals such as Durga and Kali Puja are celebrated with great zeal and enthusiasm every year. The compound of the temple also houses Lord Shiva temple.
The completion of the project is an example of India’s efforts in preservation of the ancient monuments and heritage of Bangladesh’s history, culture and tradition.
High Impact Community Development Projects (HICDPs), under grant funding from Government of India, constitutes an active pillar of India’s development assistance to Bangladesh which directly benefits and has a positive impact on the local community.
In the past, support under HICDP has also been extended to various projects in Rajshahi Division such as construction of Ramakrishna Temple and other structures, construction of two storied Adibasi Shagshoil School & Niamatpur Girls’ Hostel, Small Developments Projects at Rajshahi City Corporation, Restoration of Sree Sree Anandomoyee Kali Mata Mandir, Construction of ground floor and first floor and other structure of Mahiganj Girls’ High School and college among others.