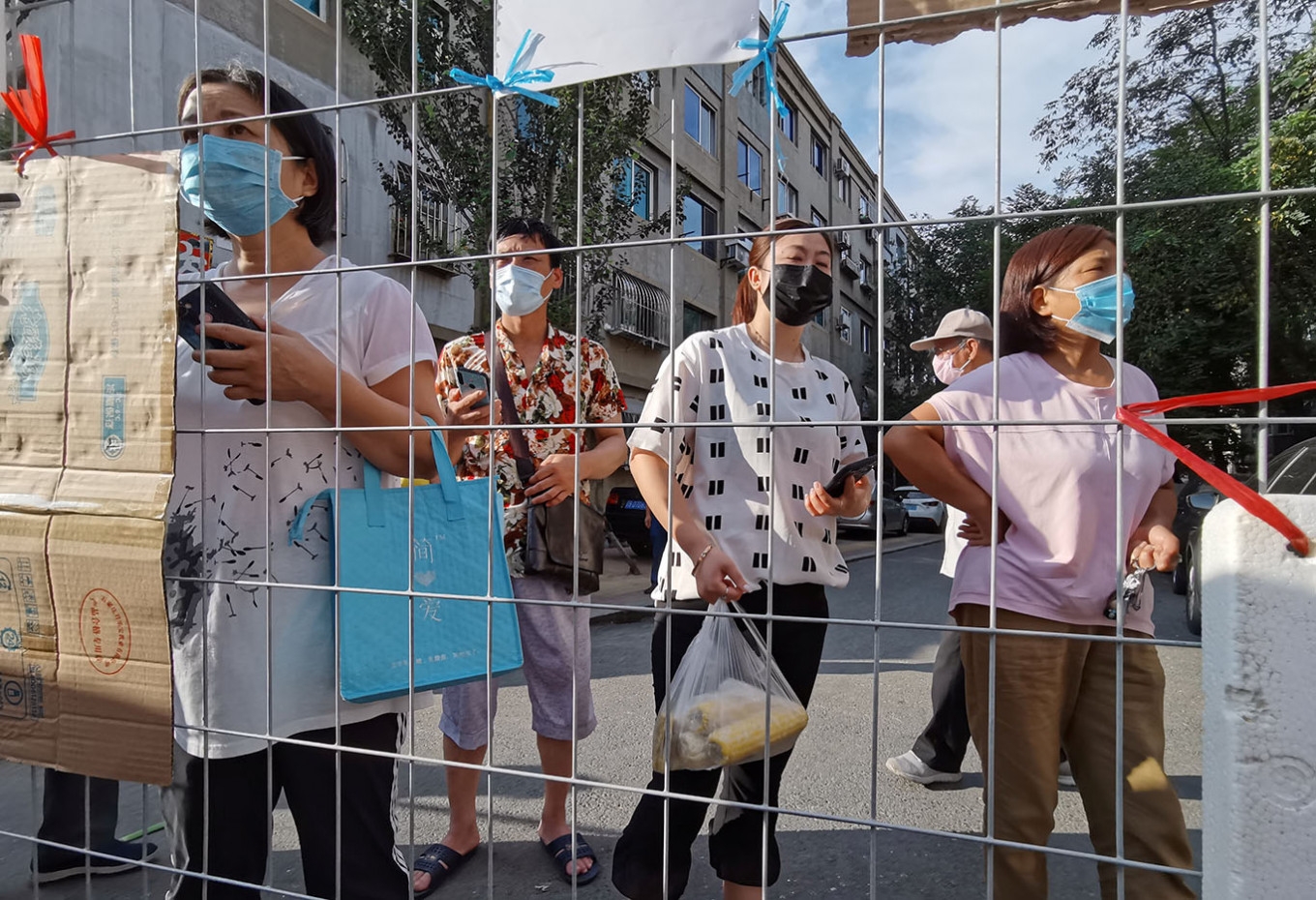 China recorded 61 new coronavirus cases on Monday – the highest daily figure since April – propelled by clusters in three separate regions that have sparked fears of a fresh wave.
The bulk of 57 new domestic cases were found in the far northwestern Xinjiang region, according to the National Health Commission, where a sudden outbreak in the regional capital of Urumqi occurred in mid-July.
Fourteen domestic cases were also recorded in the northeastern province of Liaoning where a fresh cluster broke out in the city of Dalian last week.
Two more local cases were found in the neighbouring province of Jilin near the North Korean border – the first since late May.
The last four infections confirmed on Monday were imported from overseas.
It is the highest daily tally of new virus cases since April 14, when 89 cases, mostly imported, were recorded.
Chinese authorities have rolled out mass testing for hundreds of thousands of people in the port city of Dalian.
A second wave of mass testing was also launched in Xinjiang's Urumqi on Sunday to detect residents who had previously tested false negative, reported the state-run Global Times, following a mass testing effort earlier this month.
More than 2.3 million people in the city of 3.5 million have been tested so far, according to a local press conference Friday.
The outbreaks come as the Chinese Super League football tournament kicked off its much-delayed season on Saturday.
Residential communities in both Dalian and Urumqi have been placed under lockdown, with authorities declaring a "wartime mode" to combat the virus.
Experts still have not confirmed the origin of the recent Xinjiang cluster, which has infected 178 people to date.
The fresh infections in Jilin were announced just days after President Xi Jinping concluded an inspection tour of the province last week.
The area announced four new asymptomatic cases on Sunday, after screening travellers returning from Dalian.
Another 302 asymptomatic cases in China are under medical observation, health authorities said Monday, and there are currently 331 people ill with COVID-19 across the country, 21 in a severe condition.--AFP