'China has become the appeaser from aggressor' 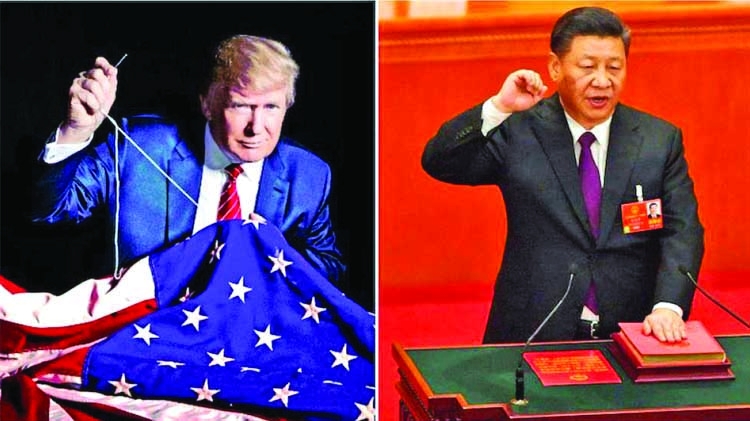 Amid the ongoing conflict over the embassy closure moves by the US and China, an analysis by an Australian newspaper said China, the 'aggressor', is becoming the 'appeaser'."China had 72 hours to decide how it would react. It used up nearly 48 in the hope of a diplomatic reversal that never came."
"Beijing had to appear strong to placate nationalists at home but avoid provoking America into a deeper economic, diplomatic or even military confrontation that neither side is prepared for," an analysis piece by journalist Eryk Bagshaw as published in The Sydney Morning Herald read.
"The aggressor had become the appeaser," he said.
"The three consulates the Chinese government had reportedly weighed up closing in retaliation for the Houston shut down tell us something about how China sees the state of this fraught relationship.
"Expelling the US mission in Wuhan, already enfeebled by the coronavirus pandemic, would not send a strong enough message. Chengdu, a strategically significant outpost that covers Tibet, was seen as a like-for-like trade with Houston. Closing down Hong Kong in an already hyper-sensitive region would escalate tensions further," he said.
"In the end Beijing chose the middle ground and gave Chengdu the chop," the journalist wrote.
"That middle ground is becoming increasingly narrow for both sides and their allies as tensions fray to their lowest point in a generation," he said.
Meanwhile, at 10 a.m. Monday, as required by China, the US Consulate General in Chengdu was closed. Relevant Chinese authorities then entered through the front entrance and took over the premises, Chinese news agency Xinhua reported.