No shortage of salt for preserving rawhide: BSCIC 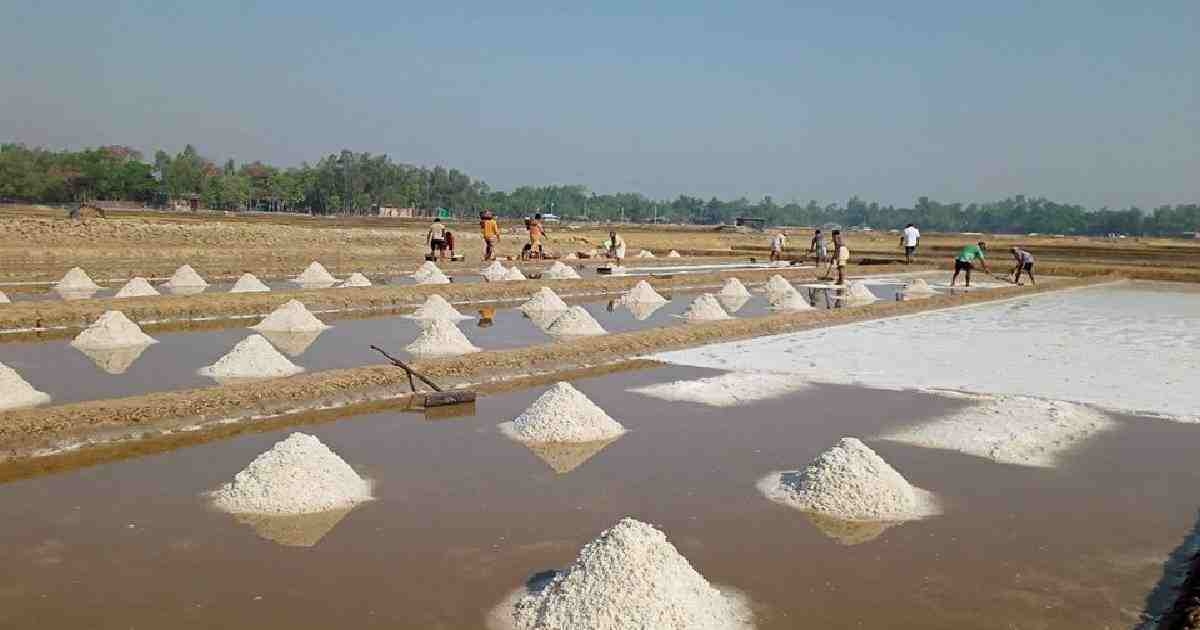 Bangladesh Small and Cottage Industries Corporation (BSCIC) on Tuesday assured that there is no shortage of salt for preserving and processing rawhides of sacrificial animals.
“There’s a stock of 1.16 million MTs salt against the requirement of only 100,000MT for preserving rawhide,” said a press release from BSCIC.
The salt is enough to meet the country’s demand for the next seven to eight months after rawhide is preserved this year.
Meanwhile, salt cultivation will begin in the country only after four months in November.
According to the Department of Livestock Services, the demand for salt was 81,820MT during the last Eid-ul-Azha.
According to the BSCIC press release, 186 registered factories have been producing salt to ensure sufficient supply from eight zones in the country for rawhide preservation and process.
Among those, four factories in Dhaka, 34 in Narayanganj, two in Chandpur, 57 in Chattogram, 34 in Potiya, 35 in Cox’s Bazar, eight in Khulna while 12 salt factories are in Jhalakathi.
The average salt production capacity is about 340,000MT against the country’s demand, the BSCIC release said.
BSCIC has opened a three-tier monitoring system at its offices at salt zones, regional office and central office to ensure smooth salt production and supply during Eid-ul-Azha.
A control room has been opened at the BSCIC central office.
Salt-related information will be available at BSCIC’s hotline numbers- 02-9573505 and 1911838200.
The list of upazila and district based salt dealers and wholesale sellers was prepared in cooperation with respected district administrations, BSCIC release said.
The list will be given to organisations related to salt preserving activities, it said.