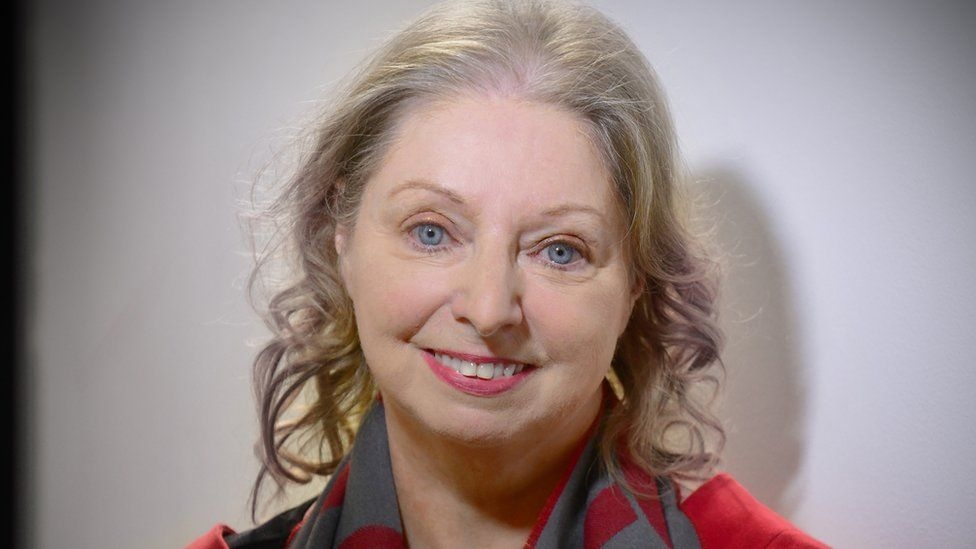 Hilary Mantel's The Mirror & The Light is among the novels longlisted for this year's Booker Prize.
It is the third book in the author's Cromwell trilogy, and was selected for its "masterful exhibition of sly dialogue and exquisite description," the judges said.
Mantel has previously won the prize twice - for the first two novels in the trilogy.
The longlist will be whittled down from 13 to a shortlist of six in September.
British nominees this year include Gabriel Krauze, Douglas Stuart and Sophie Ward.
Zimbabwean writer Tsitsi Dangarembga was nominated, like Mantel, for the third novel in her own trilogy - entitled This Mournable Body.
This year's longlist - nicknamed the 'Booker's dozen' - features eight debut novels.
The prize, which has been going since 1969, was last year won jointly by Margaret Atwood and Bernardine Evaristo.
The annual longlist was compiled from 162 English-language novels published in the UK or Ireland.
'Complex, nuanced, emotionally charged'
Margaret Busby, chair of the 2020 judges, said that each of the titles on this year's list was "deserving of wide readership".
"Included are novels carried by the sweep of history with memorable characters brought to life and given visibility, novels that represent a moment of cultural change, or the pressures an individual faces in pre- and post-dystopian society," she said in a statement.
"Some of the books focus on interpersonal relationships that are complex, nuanced, emotionally charged. There are voices from minorities often unheard, stories that are fresh, bold and absorbing," she added.
"The best fiction enables the reader to relate to other people's lives; sharing experiences that we could not ourselves have imagined is as powerful as being able to identify with characters."
The shortlist of six books will be announced on 15 September, with the £50,000-prize winning author being revealed in November.
The 2020 Booker Prize longlist in full:
Diane Cook - The New Wilderness
Tsitsi Dangarembga - This Mournable Body
Avni Doshi - Burnt Suga
Gabriel Krauze - Who They Was
Hilary Mantel - The Mirror & The Light
Colum McCann - Apeirogon
Maaza Mengiste - The Shadow King
Kiley Reid - Such a Fun Age
Brandon Taylor - Real Life
Anne Tyler - Redhead by The Side of The Road
Douglas Stuart - Shuggie Bain
Sophie Ward - Love and Other Thought Experiments
C Pam Zhang - How Much of These Hills is Gold