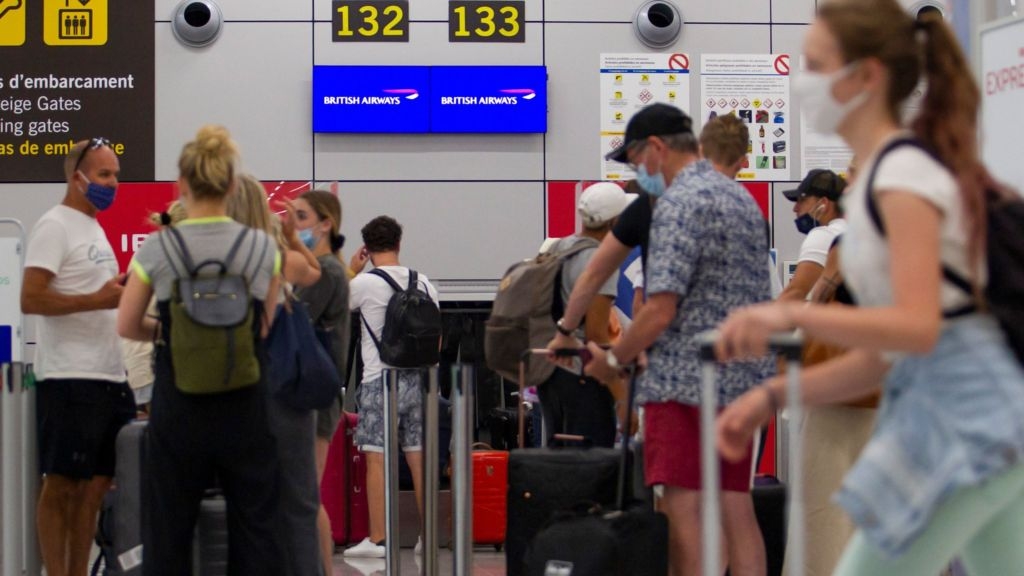 The UK government decision to impose a two week quarantine on everyone arriving from Spain was "unjust", the country's prime minister has said.
Pedro Sánchez said tourists in most Spanish regions would be safer from coronavirus than in the UK, and he was hoping Britain would rethink its move.
He said talks were ongoing after the UK also advised against all but essential travel to the whole of Spain.
Labour said the government's handling of the restrictions had been "chaotic".
But the UK government said it has no plans to change its decision to reintroduce the quarantine measures from last Sunday - with Boris Johnson's official spokesman warning that "no travel is risk-free during this pandemic".
On Monday, the Foreign Office also extended its travel advice for Spain, now telling people to avoid non-essential journeys to the Canary and Balearic Islands, as well as mainland Spain.
But some travel agents say they are struggling to understand the logic of the UK government's advice, because the islands have lower coronavirus infection rates.
Rory Boland, editor of Which? Travel said: "Hundreds of thousands of UK holidaymakers in Spain or about to fly are utterly confused."
'UK error'
In an interview with the Telecinco TV network, Mr Sánchez said he was hoping to convince the UK to reverse its decision to remove Spain from the list of countries exempt from quarantine rules.
He said: "We are talking with British authorities to try to get them to reconsider a measure that, in our opinion, is not well adjusted if we consider epidemiological criteria of Spain, particularly in some tourist destinations in our country."
Spain's prime minister said the UK had made an "error" by considering the infection rate for the whole country.
He added that "64.5% of the new cases registered are in two territories" and in most of Spain the prevalence of Covid-19 was "very much inferior to the numbers registered in the United Kingdom".
The rate of infection in Spain is 35.1 cases per 100,000 people, while the UK is at 14.7, according to the latest figures from the European Centre for Disease Prevention and Control.
While the outbreak remains under control in many parts of Spain, certain areas - in particular Catalonia in the north-east and the neighbouring region of Aragón - have seen a huge spike in infections.
Data up to 19 July suggested there were lower rates of infection in the Balearic and Canary Islands than in mainland Spain.
Travellers returning to the UK from anywhere in Spain must now self-isolate for 14 days at a registered address.
Holiday companies Jet2 and Tui were among those to announce sweeping flight cancellations following the UK announcement.
EasyJet, British Airways, and Ryanair said they would continue to operate full schedules of flights to Spain, though EasyJet said its holidays would be cancelled for the next few weeks.
Among the thousands affected by the change in travel advice was Tom Clasby, who had checked into an airport hotel near Stansted with his fiancé, their two daughters, and other family members, ahead of a holiday to Majorca.