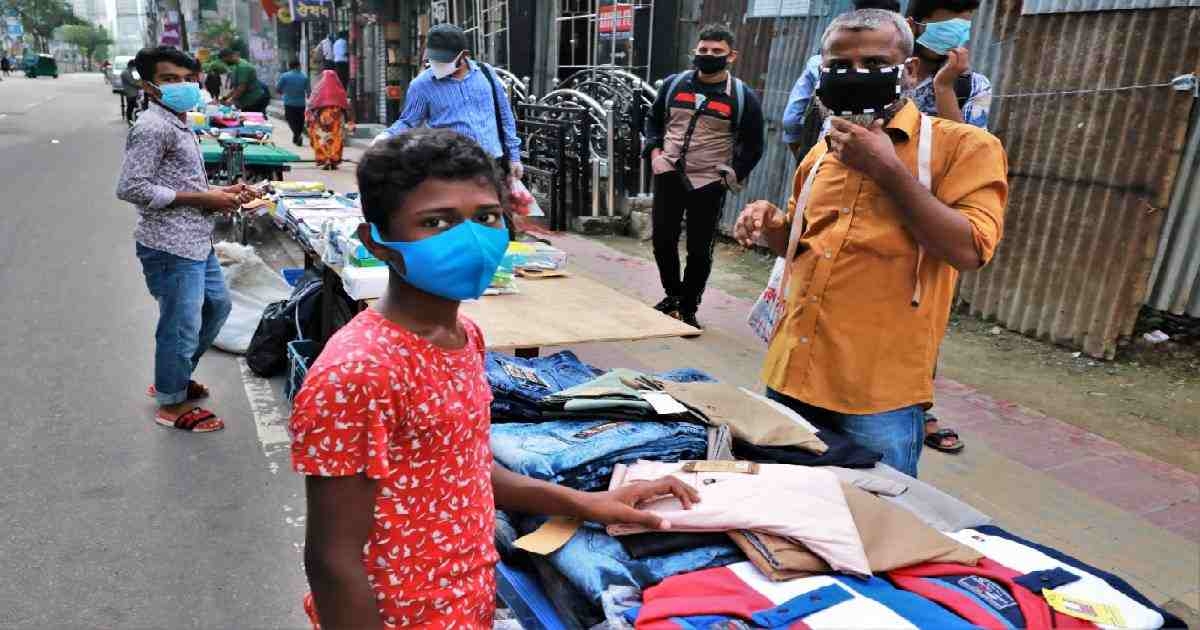 Bangladesh saw its officially confirmed coronavirus death tally hitting the 3,000-mark on Tuesday in the 21st week of infection.
The country reported its first coronavirus cases on March 8 and the first death on March 18.
“In the last 24 hours, 35 patients have died, pushing up the death toll to 3,000,” Additional Director General of the Directorate General of Health Services (DGHS) Prof Dr Nasima Sultana told a regular online briefing.
The mortality rate stands at 1.31 percent.
Meanwhile, the health authorities also confirmed detection of 2,960 new cases, taking the number of confirmed cases to 2,29,185. The daily infection rate has increased to 23.28 percent.
So far, 20.15 percent of the total 11,37,131 tests have turned out positive.
Until Tuesday, 1,27,414 people have recovered from Covid-19 in Bangladesh.
The number of deaths per one million population has increased to 18 while the country is seeing 1,391 cases in 6,900 tests per one million population.
Of the 3,000 deaths recorded, 2,358 were men and 642 were women. Nearly half of those who died are aged above 60 years.
Read Also: Covid-19: Bangladesh records 2,548 new cases, 35 more deaths
“So far, 18 patients who died were aged below 10 years, 30 were aged between 11 and 20, 84 between 21 and 30, 200 between 31 and 40, 425 between 41 and 50, 869 between 51 and 60 and 1,374 were aged above 60 years,” Dr Nasima said.
According to DGHS, 1,444 have died in Dhaka, 731 in Chattogram, 177 in Rajshahi, 212 in Khulna, 115 in Barishal, 144 in Sylhet, 113 in Rangpur and 64 in Rangpur division.
At present 18,988 people are in isolation while 57,859 are home and institutionally quarantined in the country.
COVID-19 cases double over 6 weeks
Meanwhile, World Health Organization (WHO) Director-General Tedros Adhanom Ghebreyesus on Monday said the global COVID-19 cases had doubled over the past six weeks.
Tedros said that Thursday (July 30) will mark six months since Jan 30 when WHO declared the coronavirus outbreak a public health emergency of international concern, according to Xinhua.
Also read: COVID-19 cases double over 6 weeks: WHO chief
Tedros told a virtual press conference that almost 16 million cases have now been reported to WHO, with more than 640,000 deaths worldwide.
"This is the sixth time a global health emergency has been declared under the International Health Regulations, but it is easily the most severe," he said.
The WHO chief also added that the pandemic continues to accelerate and in the past six weeks, the global total number of cases has roughly doubled.
He said that although the world has changed, the basic measures needed to suppress transmission and save lives have not -- find, isolate, test and care for cases, and trace and quarantine their contacts.