Over 2.4 mln people affected by floods in India’s Bihar as death toll rises to 32 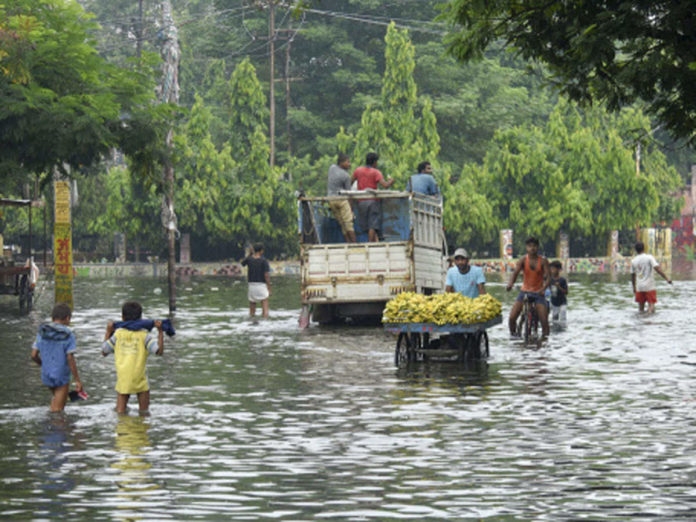 Floods in India’s eastern state of Bihar have affected over 2.4 million people and killed 32, officials said Tuesday.
According to Bihar Disaster Management Department (BDMD), in the past 24 hours, floods have claimed eight lives and affected 2,442,725 people in 11 districts.
“The ongoing floods have hit 765 panchayats (villages) and spread over 93 blocks of 11 districts,” BDMD said. “The floods have claimed eight lives, four in West Champaran four in Darbhanga on Monday.”
Officials said seven rivers were flowing above the danger mark at 24 spots in 15 districts of Bihar.
The floodwater has inundated residential areas and posed a threat to embankments in the affected areas.
“The cumulative death toll in floods from July 24 until last evening is 32,” according to BDMD’s data. “The deaths have taken place in West Champaran, Darbangha and Sitamirhi.”
Three helicopters of Indian airforce were deployed in flood-affected areas of Gopalganj, Darbhanga and East Champaran to drop dry foodstuff items to the affected people.
According to locals, the floodwater has entered houses and shops and people were moving by boat.
A local government spokesman said the operation of airdropping food which started on Saturday has been concluded on Monday evening. Reports said the decision has been taken due to worsening flood situation and weather conditions. However, officials said relief distribution through boats and other means would continue in the submerged areas.
A statement issued by the Chief Minister’s office has announced an alert for the water resources department.
Chief Minister of Bihar Nitish Kumar said that embankments should be subjected to round-the-clock monitoring to keep the flood situation in check. He has asked the engineers of the water resources department to remain vigilant, according to the statement.
Authorities have set up 29 relief camps to provide shelter and food to the affected people.
“A total of 703 makeshift community kitchens have been set up, wherein 328,357 people are provided with food,” BDMD’s data said.
Twenty-five teams of national disaster response force (NDRF) and state disaster response force (SDRF) have been deputed in the flood-hit areas to carry out rescue efforts.
Long route trains have been diverted on alternative routes in the wake of the inundation of railway lines.
According to the meteorological department officials, rainfall accompanied by thunderstorms is expected in the next four days in the state.
Floods have also wreaked havoc in the northeastern state of Assam where over 5.6 million people were affected and 103 were killed.