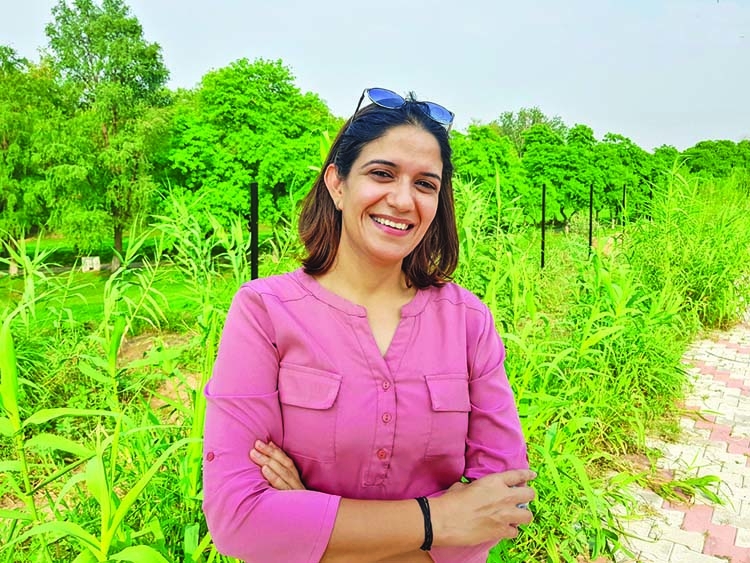 "At mom's funeral, I sat next to dad and held his hand tightly. I was scared that if I let it go, I'd lose him too- I was just 14 then. A month later, we found out that he had blood cancer. It was the initial stage so it was treatable. I wanted to stay home, but papa sent me to boarding school while my older brother looked after him.
At school, I'd get anxiety attacks and break down- I was either missing mom or worrying about dad. It got so bad that dad called me home for 6 months and I left only after being convinced he was okay. I graduated from college and then moved to Mumbai for work. By then, dad's cancer reached the 3rd stage. Everyday, I'd try to get him to Mumbai for his treatment. I even spoke to doctors at Tata hospital; and he kept saying, 'Soon', but that soon never came.
2 days after we spoke, my cousins called and I knew. That day on call, he made me promise- 'No matter what happens, you're not coming back.' When I got home, I was shattered. Dad's words echoed in my head. The day his last rites were over, I forced myself to go back to work. But after, my condition worsened. I became so weak that I was hospitalized at least once a month. So Bhai called me to Punjab, to live closer to home and I began working at a hospital.
Everything was going smoothly for 3 years, until Bhai and my niece met with an accident. My niece was unscathed, but Bhai had internal injuries and went into a coma. For 10 days, we prayed for a miracle, but the doctors said, 'There are 0 chances of survival. You need to make a call.' Hearing that, I went numb and truthfully, I don't even remember how I decided. All I remember is going to his room, praying for him, coming out and signing the papers to get him off the ventilator.
It was the hardest decision of my life. By the time I reached home, everyone knew. The kids ran towards me and gave me a tight hug. My nephew said, 'Koi na. Bua, now you're our papa!' and in that moment, I knew I had to live for them. Over the next few years, I figured out Bhai's finances and filed an accident case against the other party. For 3 years I went to courts with evidence, but they'd deny it ever happened- I'm fighting the case till today. (excerpt)
Humans of Bombay, Fb