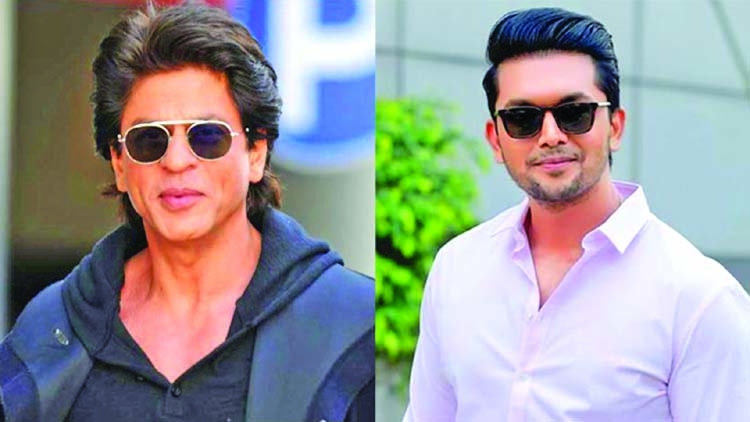 Bangladeshi actor ArifinShuvo is going to work in a movie with Bollywood King Shah Rukh Khan! Such news is buzzing in showbiz.
An Indian fan recently commented on a photo posted on Shah Rukh Khan's Instagram handle and asked him to return to the big screen. However, Shah Rukh did not give any answer to the fan, but Arifin Shuvo said, 'Only two more months.'
Ever since ArefinShuvo gave a good reply to the Shah Rukh fans, the issue has been buzzing in Bangladesh. Shuvo's fans are also quite impatient. Many questions - then is Shuvo associated with the movie where Shah Rukh to return?
A source close to Shuvo also claims that Arifin Shuvo, the National Film Award-winning actor of Bangladesh, will share the screen with Shah Rukh Khan.
Also in the first week of February, the buzz became louder centering Shuva's Mumbai tour. At that time, Shuvo uploaded a picture on social media and said, 'Some very interesting things are coming soon. Something you have never seen in Bollywood. 'Shuvo initially wrote 'Bollywood' but after discussing it on social media, he coined the word 'Bollywood'.
Meanwhile, an online portal recently published news about Arifin Shuvo's performance in Bollywood. A source close to Shuvo said at the time that he would soon be signing a contract for a Bollywood movie.
The source finally confirmed that Shuvo had signed a contract for the movie in Mumbai on February 17. He does not want to publish the news of that work right now. However, no information has been confirmed about who will direct the film and who else is acting here.