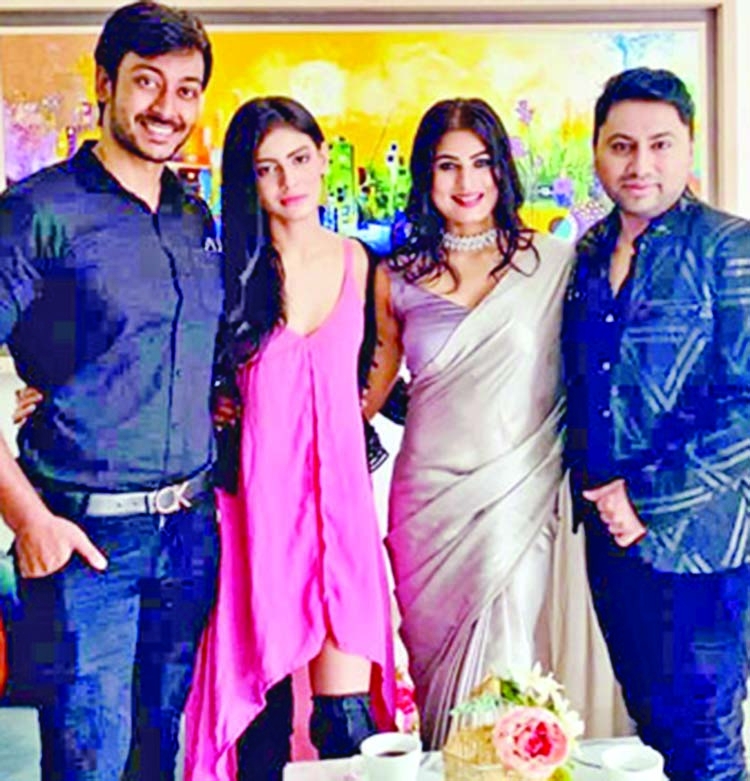 Renowned Bollywood producer and Director Karan Johar's show 'Coffee with Karan' have become very popular. Stars of different generations from India have come here to participate in discussions. In the form of that show, several more shows have been seen to come up at different times.
This time, fashion designer and film producer PialHossain is appearing in Bangladesh with a similar show.
The name of the show is 'Coffee Adda with Pial'. Pial said about the show, "I am a big fan of Karan Johar. I follow his dressing style. This is where I came up with a show like 'Coffee with Karan'. I tried to implement it with my own show."
Pial said that the shooting of several episodes of the 20-minute chat show has already been completed.
Two guests took part in each episode of the show. So far, Nipun, Emon-Nirab, Avril-Jessia, Ivan ShahriarSohag-Bulbul Tumpa, John-Anchal, RJNirab-ShantoJahan have been guests in the episodes.
Directed by BabluAkterBablu and produced by Asif Khan, Pial's show will be aired on TV from next month. After the broadcast on TV, each episode of 'Coffee Adda with Pial' will be released on Pial's own YouTube channel.