Tinni gets response for her song "Meghmala" 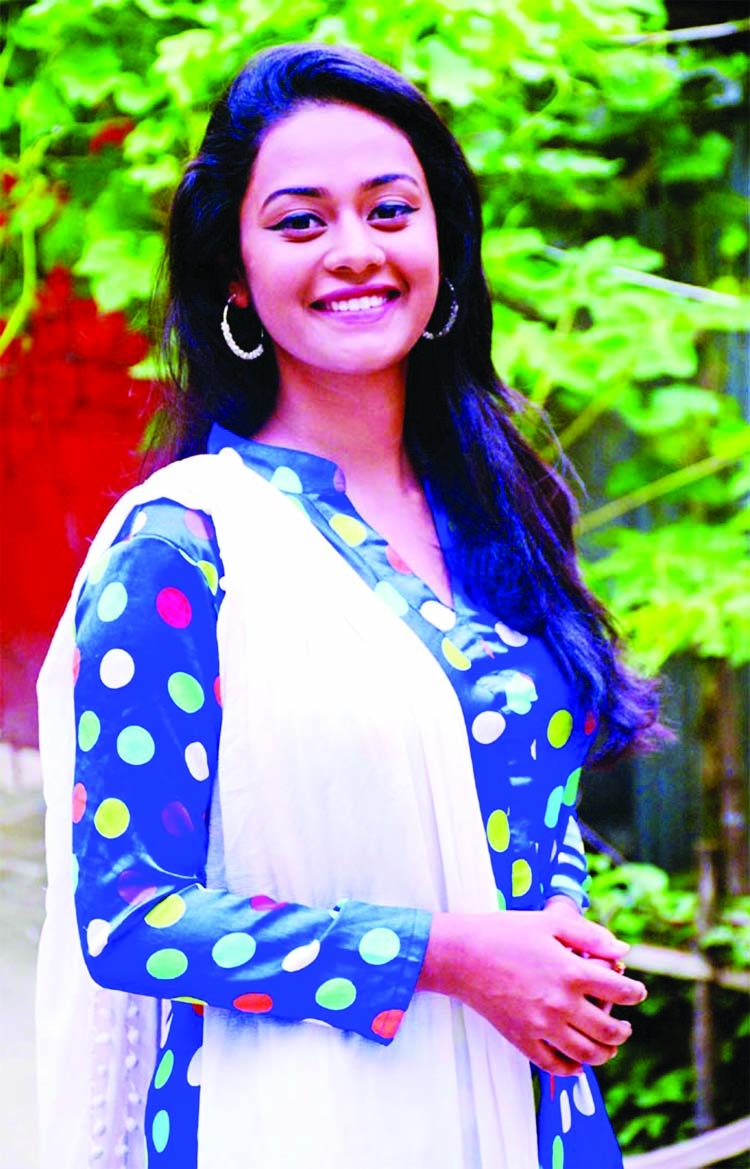 Promising singer Kaniz Khadiza Tinni's new song titled "Meghmala" released on YouTube recently. This song was also used in Jakaria Showkhin directed and Apurba-Mehazabien starrer drama titled 'Biye', which lyric was written by Anurup Aich and music was composed by Shahriar Rafat, who also lent his vocal with Tinni in the song. As a promising singer, Tinni is getting appreciation from the music-lovers for her new song now. While talking in this regard Tinni said, "After releasing "Meghmala", I have been getting positive response from all for the song.
The listeners, who heard the song in Rafat Bhai and my voice, they have appreciated our rendering styles and also lyrics and music composition of the song. It is really a delightful matter for me. I give thanks to all who are related with the song. Everybody pray for me as I can present good songs in future."
Meanwhile, few days ago, after rendering some portion of Gazi Mazharul Anwar written song titled "Aamar mon bole tumi ashbe" of Dilip Biswas directed film 'Anarkoli', Tinni shared it on her Facebook wall. Legendary singer Runa Laila appreciated her rendering style after hearing the song.