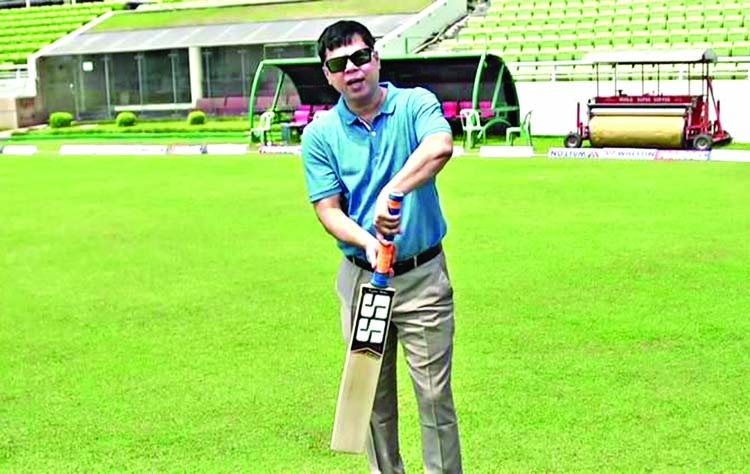 Bangladesh Cricket Board (BCB) chief selector Minhajul Abedin Nannu. -Collected
The International Cricket Council on Monday officially launched the inaugural ICC Men's Cricket World Cup Super League. Getting underway on 30 July 2020 in Southampton, the Super League will begin with a series between world champions England and Ireland.
Introduced to bring context to One-Day International (ODI) cricket, the Super League will determine qualification for the ICC Men's Cricket World Cup 2023 with the top seven teams automatically booking their spot at the event in India.
Featuring 13 teams, the 12 ICC Full Members and the Netherlands, who qualified by winning the ICC World Cricket Super League 2015-17, the Super League will see each side play four home and four away three match series.
Meanwhile, due to worldwide corona outbreak, a number of international home and away tours and competitions as well as domestic events of Bangladesh have seen postponements and players was forced to stay home.
Cricketing activities in the countries remain stopped since mid March following the outbreak of COVID-19, a deadly virus that left the country stranded almost. BCB previously postponed the Bangabandhu DPDCL 2019-20 after the first round following the nationwide Coronavirus (COVID-19) pandemic back in March 16.
In order to play directly in the World Cup, Bangladesh must be in the top eight teams of the Super League with India is getting a chance to play directly. Bangladesh Cricket Board (BCB) chief selector Minhajul Abedin Nannu said Bangladesh has to be extra careful against low rating teams.
"It's not completely new because in the last World Cup West Indies and Afghanistan secured their place in the global by playing in the qualifying round. We need to make sure that we grab all our chances in the coming ODI series because if we fail to do it that we might put us in trouble," Nannu said an online portal on Tuesday.
"We're among the top eight ODI nations in ICC ranking wise but that does not imply our place is secured and so every game is important to us in the coming days," he added.
"We'll begin cricket after nearly a four month break due to the corona pandemic and at the moment our main priority is to make sure boys regain their form and fitness at the earliest point of time," he said pointing his fingers towards the training camp that they are planning to launch from mid August to make sure cricketers are well aware before beginning their international assignments." Nannu concluded.
Meanwhile, Bangladesh Cricket Board (BCB) cricket operations chairman Akram Khan said that Tigers' Sri Lanka tour will be finalized within few days.
According to Akram, BCB sent a proposal to the Sri Lanka Cricket (SLC) inserting all the matters which are yet to come to them from the island nation.
The series between Bangladesh and Sri Lanka was scheduled to take place in August-September but Sri Lanka Cricket (SLC) proposed to play it in July but the series postponed due to corona outbreak. Bangladesh are yet to start its cricketing activities amid the COVID-19 devastation while the Lanka Premier League - Sri Lanka's first major T20 tournament since 2012 - is set to begin on August 28.
The launch of the Super League was delayed due to the COVID-19 pandemic with a number of series cancelled due to restrictions on international travel and lockdowns in various countries to contain the virus. International cricket finally resumed this month without the presence of spectators when England hosted West Indies in a three-test series.
World champions England will also host the first white-ball internationals when they take on Ireland in the three-match ODI series in a bio-secure environment at Southampton.