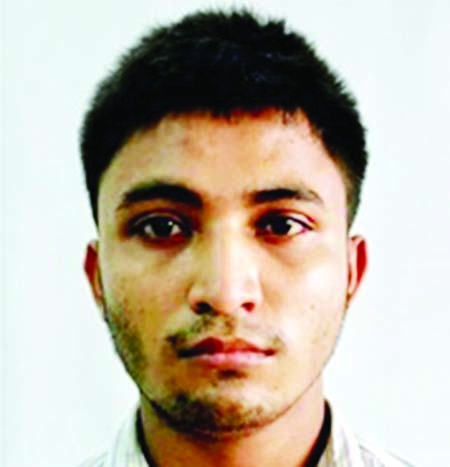 The Counter Terrorism unit of Chattogram Metropolitan Police, or CMP, has arrested an operative of the outlawed militant group, the Jama'atul Mujahideen Bangladesh or Neo-JMB, for his suspected ties with a bomb blast at a traffic police box Sholoshahar five months ago.The arrested has been identified as 20-year old Md Shahed, a resident of Moulvi Para village in the port city's Lohagara, according to the police.
Shahed was arrested at his daughter-in-law's house in Cox's Bazar's Chakaria Upazila on Monday, said Polash Kanti Nath, the additional deputy commissioner of CMP's Counter Terrorism unit."Shahed is one of the two militants who left the bomb in the traffic police box at the busy Gate No. 2 intersection in the port city's Sholoshohor," he added.
Two policemen, a child and two passers-by were injured in the explosion carried out by the militants on Feb 28.
Traffic inspector Anil Bikash Chakma initiated a case afterwards over the incident at port city's Panchlaish Police Station under the Explosives Act, 1884.
Middle-East-based Islamic State claimed responsibility for the attack, a US-based intelligence group said in a tweet on Feb 29.
The Counter Terrorism unit of the police had previously arrested three Neo-JMB members, 'Saifullah',  24, 'Emran', 25, and Abu Saleh, 25, over the incident.
Of them, Emran is a Marketing Department student of Chattogram University.
Shahed had carried the bomb from Lohagara in a packet wrapped with dry food packs. Five of them later met at Emran's residence and left the bomb in the police box after conducting a search in several places, police officer Palash told bdnews24.com on Tuesday.