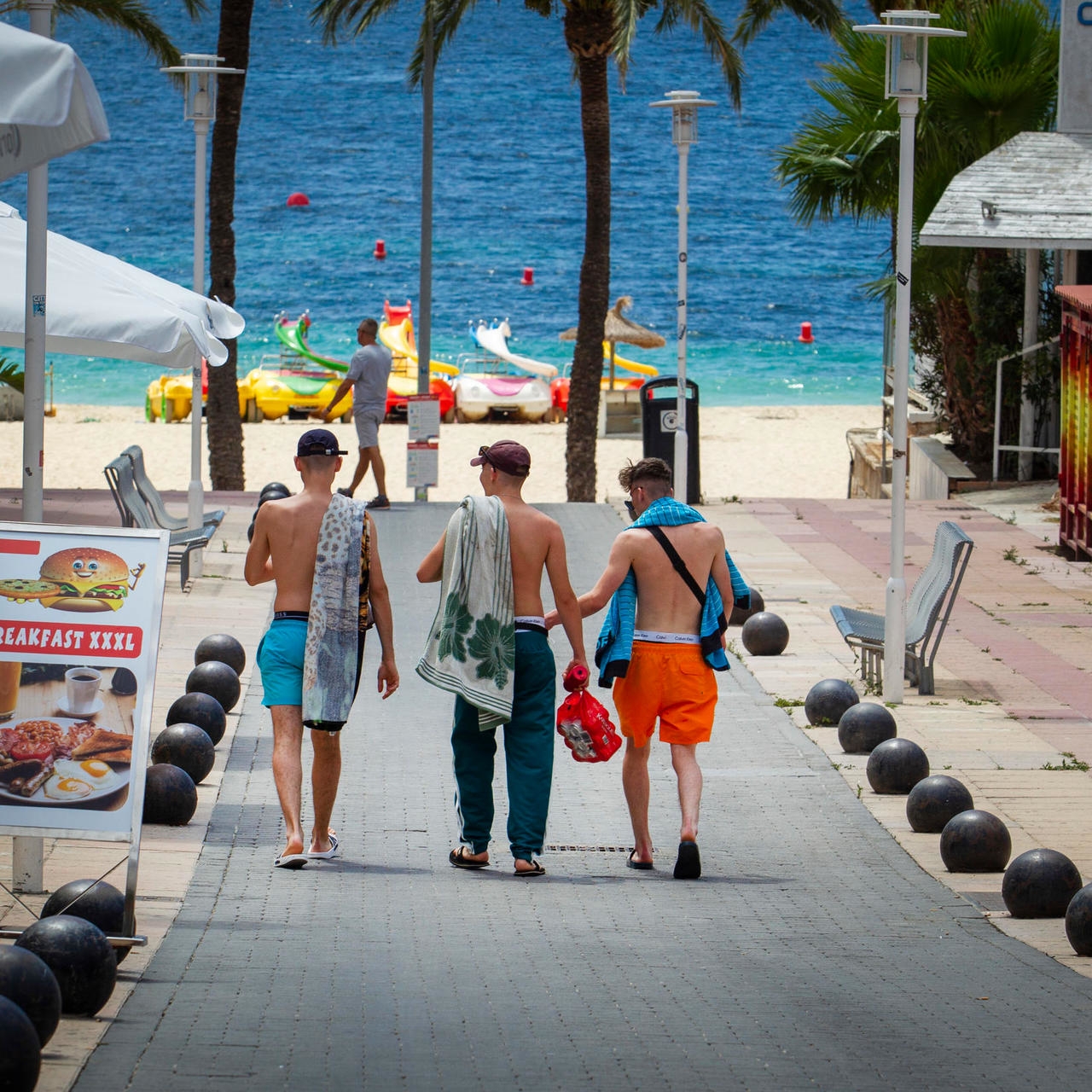 After Britain's quarantine move and a travel warning from France, Germany became the latest country to advise Tuesday against holidays in parts of Spain with a surge in virus cases.
Although many are desperate for a holiday after months of lockdown, governments are concerned about what they might bring home, with Berlin warning against travel to three areas of northern Spain, including the hugely popular Catalan coast.
The call followed warnings from France against travel to Catalonia and Britain's decision to quarantine anyone arriving from Spain for 14 days.
As one of the world's top tourist destinations, it has been a major blow to Spain which relies heavily on British tourism.
Prime Minister Pedro Sanchez quickly hit back at the move, denouncing it as "unbalanced" and insisting that Spain's most popular tourist destinations "might even be safer" than the UK.
"We want to send a clear message.. We are a secure destination that has made preparations and strengthened itself to deal with the virus and any outbreaks," said government spokeswoman Maria Jesus Montero.
But British Prime Minister Boris Johnson defended the decision in light of "the signs of a second wave of the pandemic" in Europe.
"I'm afraid if we do see signs of a second wave in other countries, it is really our job, our duty to act swiftly and decisively to stop reinfecting, to stop travellers coming back from those places and seeding the disease here in the UK," he said.
Madrid had wanted an exemption for areas like the Canary Islands or the Balearic islands where there has been a very low incidence of the virus, but London refused.
In Spain, where the virus has claimed more than 28,400 lives, there has been a surge in cases in recent weeks.
According to Tuesday's count, an average of more than 1,800 new cases per day have been detected over the past seven days, two-thirds of them in the northeastern regions of Catalonia and Aragon.
It's a figure which has more than tripled in two weeks, prompting Spain's autonomous regions to step up security measures.
The Madrid region moved to make mask-wearing obligatory at all times in public on Tuesday, even while having a drink at a bar terrace, where gatherings will now be limited to groups of 10.
Restricting numbers to a maximum of 10 guests has also been recommended for people entertaining at home.
Although less affected by the recent outbreaks, Madrid has decided to ready a field hospital at a conference centre on the city's eastern outskirts.
But Catalonia, where the virus has flared up, has taken more drastic steps and on July 18, advised four million residents in and around Barcelona to stay at home.
Even so, tourists could still be found visiting the city, saying they felt safe, with British yacht skipper Paul Callahan, 62, telling AFPTV he felt safer in Spain than back home.
"More people have died in England this week than anywhere else in Europe, I believe, and certainly 30 or 40 times more than in Spain... so if you look at it that way, it's safer to come to Spain," he said.
And Ines Meinen, a 53-year-old hotel employee from Germany, said she too felt safe.
"It's very quiet, people are keeping their distance, everyone is respecting each other."
Although Spain is the country with the highest instance of cases per 100,000 people, other European countries are also struggling to contain outbreaks.
Belgium has toughened the rules after a "worrying" surge saw virus cases rising by more than 70 percent, imposing a curfew in its second city Antwerp, limiting gatherings and making face masks compulsory where social distancing is not possible.
The rapid rise in numbers in Germany is also very worrying, top health experts said on Tuesday, urging citizens to keep their distance and wear face masks.
And Greece said it was making masks compulsory again in shops and public services after a recent rise in infections. --AFP