Scaled back Hajj pilgrimage due to start 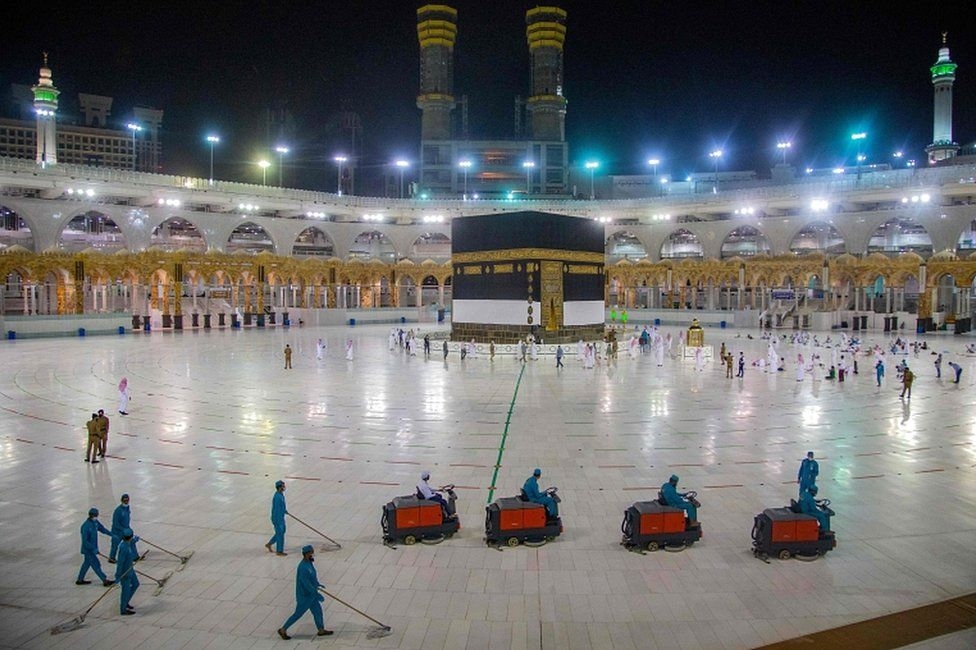 The annual Hajj pilgrimage usually performed by Muslims around the world begins on Wednesday, dramatically scaled back because of coronavirus.
Saudi Arabia has banned international visitors from making the journey to Mecca, to try to curb the pandemic.
Only citizens from other countries who are already resident in the kingdom will be allowed to attend this year.
About two million people normally participate, but this year no more than 10,000 are expected to attend.
Those allowed to take part in this year's Hajj were subject to temperature checks and virus tests as they began arriving in Mecca at the weekend, the AFP news agency reports.
Worshippers will also have to quarantine before and after the pilgrimage, AFP reports.
In an interview with Saudi-funded al-Arabiya TV earlier this week, Minister for Pilgrimage Affairs Mohammed Saleh Binten said pilgrims were being quarantined in their homes before a further four days of quarantine in hotels in Mecca.
Of those taking part, 30% are said to be Saudi citizens while the remainder are non-Saudis resident in the kingdom.
The kingdom has recorded more than 270,000 cases with nearly 3,000 deaths, one of the largest outbreaks in the Middle East.
The country only lifted a nationwide lockdown last month. Tough restrictions to tackle the spread of infections came into force in March, including 24-hour curfews in most towns and cities.