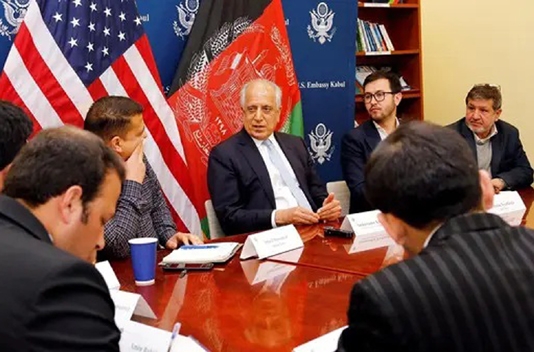 The United States on Tuesday welcomed a new ceasefire between Afghanistan’s government and Taliban insurgents, and voiced hope that they can quickly open talks.
“I welcome the announcements of an Eid ceasefire. Afghans deserve to celebrate the holiday in peace,” said Ross Wilson, the top US diplomat stationed in Kabul.
“I look forward to both sides fulfilling their commitments and moving quickly to intra-Afghan negotiations,” he wrote on Twitter.
The Afghan government, earlier, has instructed all security forces to observe a ceasefire after the Taliban proposed a three-day truce during the Eid-ul-Azha holiday starting Friday, a spokesman to President Ashraf Ghani said Tuesday.