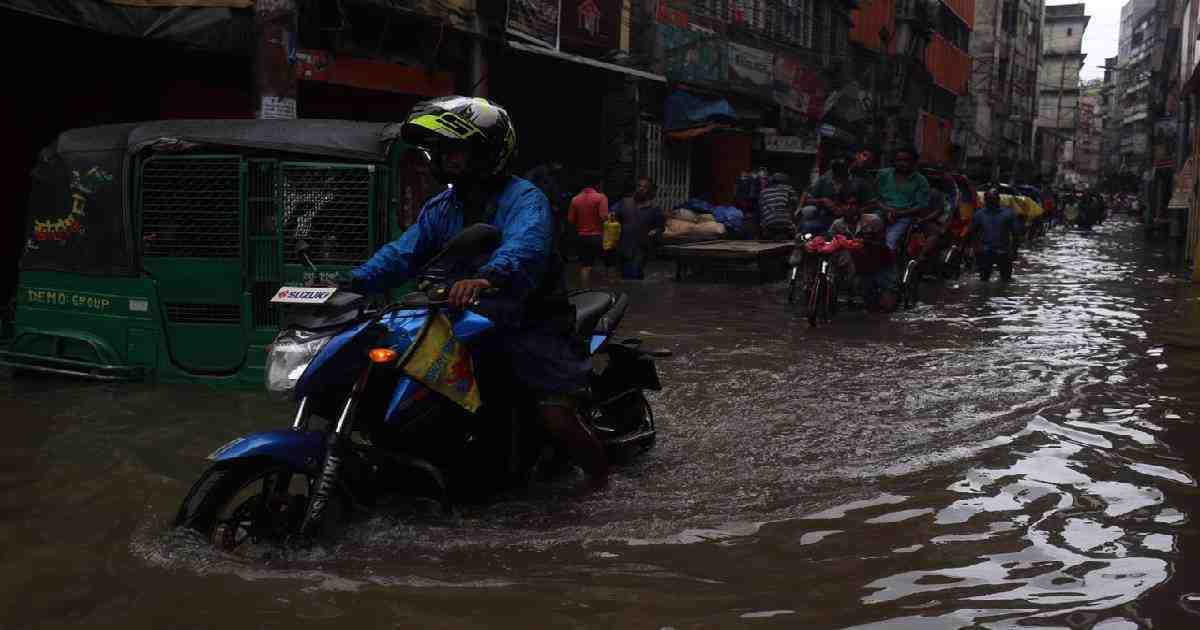 Light to moderate rain or thundershowers accompanied by gusty wind is likely to occur at places all over the country, the Bangladesh Meteorological Department (BMD) has said.
They will occur at most places over Rangpur, Dhaka, Rajahahsi and Mymensingh divisions and at many places over Khulna, Barishal, Chattogram and Sylhet divisions between 6am Tuesday and 6pm Wednesday, the Met Office said.
About the synoptic situation, it said the axis of monsoon trough runs through Punjab, Haryana, Uttar Pradesh, Bihar, Sub Himalayan West Bengal to Assam across the northern part of Bangladesh.
One of its associated troughs extends up to the North Bay. Monsoon is fairly active over Bangladesh and weak to moderate over North Bay, the Met Office said.
Day temperature may fall slightly over Rajshahi, Rangpur, Mymensingh and Sylhet divisions
and it may remain nearly unchanged over Dhaka, Chattogram, Barishal and Khulna divisions.
Night temperature may remain nearly unchanged all over the country.