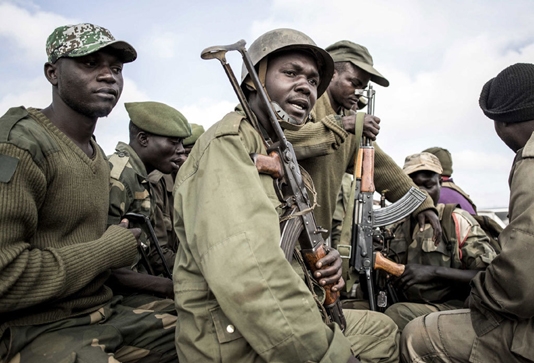 Seven Congolese soldiers were killed in an ambush Tuesday in the Virunga national park famous for its mountain gorillas, monitors said, blaming the attack on the notorious ADF militia.
Army spokesman Antony Mualushayi, reached by AFP, confirmed the report by the Kivu Security Tracker (KST) but declined to give a death toll or comment further.
The attack took place in Virunga, east of Kididiwe in the Beni area of North Kivu province in the far east of the Democratic Republic of Congo on the border with Uganda.
The DRC army has been fighting an array of armed groups in the east of the vast central African country for nearly three decades.
Attacks blamed on the Allied Democratic Forces (ADF), a mainly Muslim movement that originated in Uganda in the 1990s, have claimed more than 1,000 civilian lives in the Beni region since 2014, according to the United Nations.