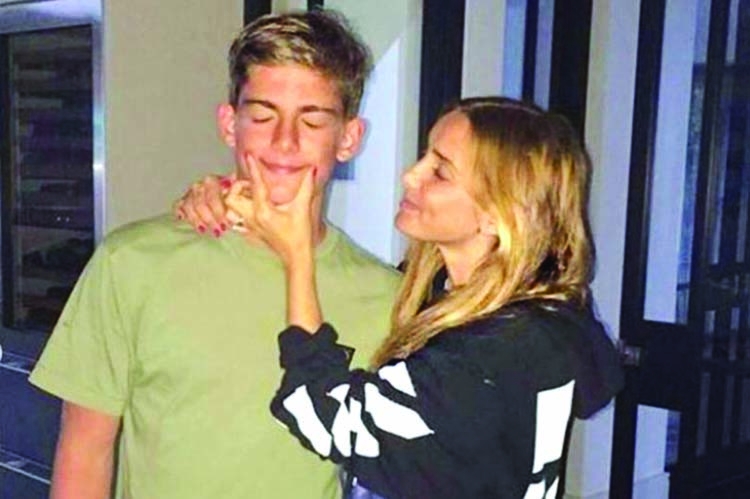 Louise Redknapp shared a rare photo of her lookalike son Charley to celebrate his birthday. The eldest son of Louise and ex-husband Jamie turned 16 on Monday. Both parents posted gushing tributes on Instagram, with Jamie sharing throwback snaps while Louise uploaded new photos. And fans couldn't get over how similar Louise and Charley looked, with some branding them 'twins'. According to the Mirror, Louise penned: "To my amazing big boy @charley_redknapp. I'm so proud of the man you're becoming.
The aged care regulator has threatened to revoke the licence of the facility at the centre of one of Victoria's largest COVID-19 clusters, as the body representing Victoria's doctors calls for a royal commission into the state's pandemic response. The Aged Care Quality and Safety Commission has issued St Basil's Homes for The Aged in Fawkner with a Notice to Agree, citing concerns about the serious impact of the outbreak on the residents and staff, and the aged care centre's handling of it. Under the notice, the home in Fawkner must not admit any new residents until it can demonstrate to the Commission's satisfaction the "serious risk" to residents has been effectively addressed. It must also appoint an independent adviser until St Basil's is declared free of all positive cases of COVID-19 and is declared safe by the Victorian Government's Public Health Unit.
An Egyptian court has sentenced five female social media influencers to two years in jail each on charges of violating public morals, a judicial source said. The verdict against Haneen Hossam, Mowada al-Adham and three others came after they had posted footage on the video-sharing app TikTok. The ruling, which can be appealed, included a fine of 300,000 Egyptian pounds (£14,600) for each defendant. Hossam was arrested in April after posting a three-minute clip telling her 1.3 million followers that girls could make money by working with her.
The U.S. government's top infectious disease expert, Anthony Fauci, said he was "cautiously optimistic" that the world will have answers about a vaccine by late fall after drugmakers reported progress on their shots. Florida reported a record number of deaths and hospitalizations. Following a steady rise in cases in tourism-reliant Spain, Madrid reacted with anger to travel curbs imposed by the U.K., which is now considering ways to scale back the rules following the backlash. Beijing confirmed a new case after going weeks without any, while Hong Kong is considering a delay in legislative elections. Malaysia and Tokyo also saw an increase in cases and Vietnam is battling a flare-up.