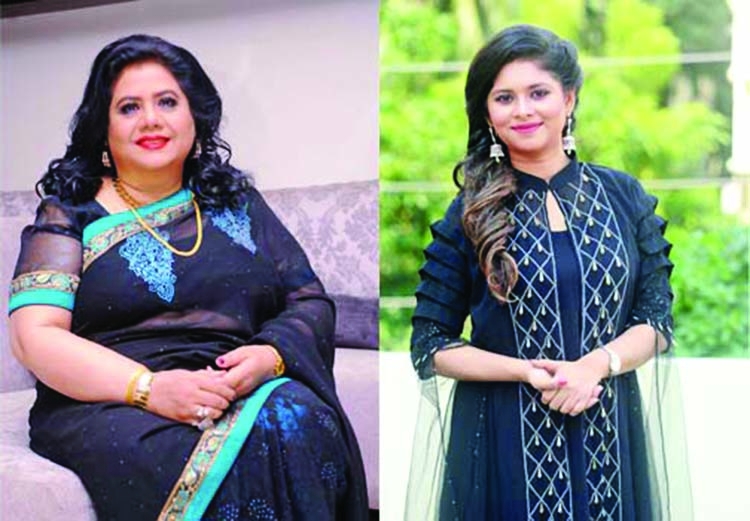 Cinema lovers are still searching for popular songs of films on YouTube channels. Numerous songs have been released on channels all over You Tube.
One of the most popular songs in the voice of Runa Laila is the song 'Ei Brishty Bheja Raate Chole Jeyo Na' in the 1984 movie 'Naram Garam' starring Wasim Anju directed by F Kabir Chowdhury.
The song is written by Ahmad Zaman Chowdhury and the music is composed by Subal Das.  In re-arrangement of the song, in honor of Runa Laila, on the occasion of Eid, the popular musician of this generation, Zinia Zafrin Luipa, has sung the song. The song has been re-arranged by Mir Masum.  The song has been released under Anupam's banner.
Regarding Luipa's singing in the song, Anwar Hossain, founder of Anupam said, "Undoubtedly, Luipa is a melodious and talented musician of this generation. Of all the songs sung by Luipa so far, it seems to me that the audience will find a new Luipa in this song by Runa Laila."
Luipa said, "I think she is the idol of all the female vocalists of this generation in the subcontinent. Somehow we follow her. As a child, I used to choose her classical style songs for practice as well as custom.
I have sung and learned her modern, folk songs in many ways in my professional music career.
But her performance as well as singing fascinated me. I have sung this song many times. But the way I sing on stage or on the record, the subtleties of the song remind me of one thing, there is only one Runa Laila in the subcontinent."
It is known that the song will be released on Eid. The music video of the song has been made by Chandan Roy Chowdhury.