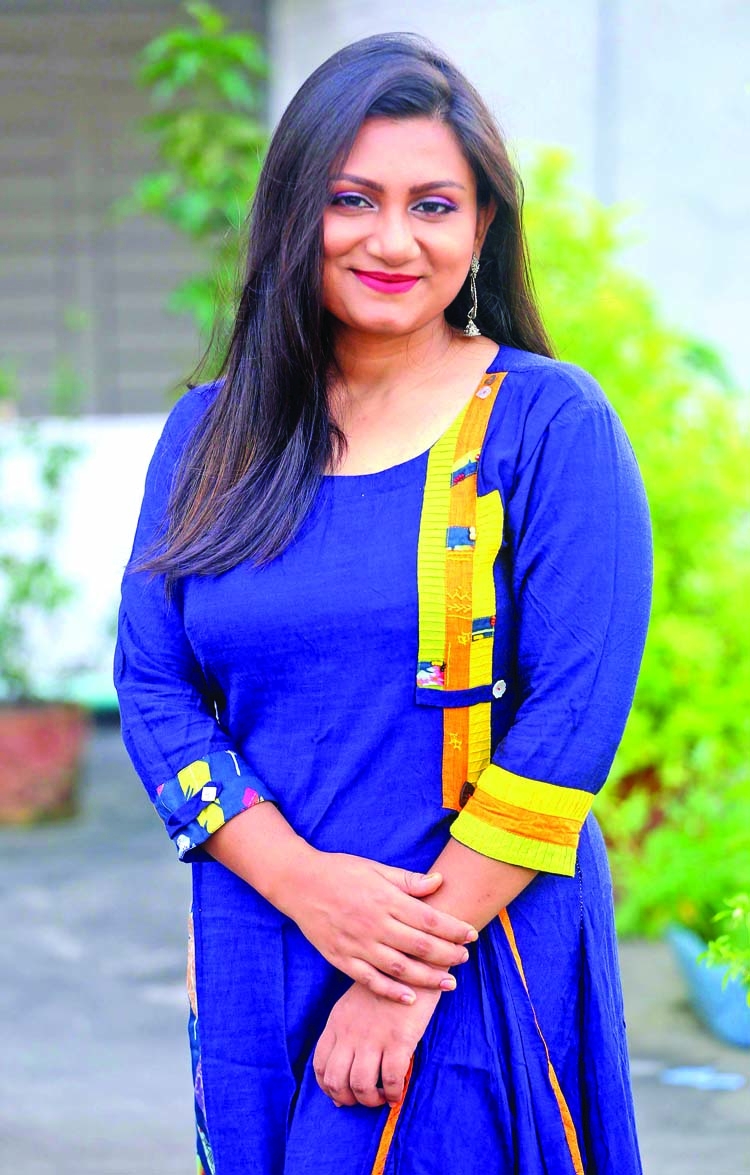 AbantiSithi is SaReGaMaPa famed singer. She is especially famous for whistling during rendering song. A new song of that Abanti was released on YouTube of Rongon Music on July 27. This time title of her new song is "Chokhechokhekothahouk". Noted lyricist Jamal Hossain wrote lyric of the song. Muhin Khan has composed its music.
AbantiSithi believes that she will get positive response for her new song. While talking in this regard she said, "For the first time, I have rendered a song which lyric was written by respected Jamal Bhai. Lyric of the song is in a word excellent. I have really liked lyric of the song. Muhin also composed tune and music nicely. Overall, it has become a nice song which has already been released. After releasing, my expectation about the song is being increased. In fact, listeners want to hear good lyric and nice composition based song. "Chokhe chokheko thahouk" is such a song. I believe longevity of this song will be long time."
Lyricist of the song Jamal Hossain said, "When I wrote lyric of the song AbantiSithi was in my mind for rendering this song. Muhin works cordially. I have confidence on his work. Rendering style of Sithi in the song has become really nice and I hope everybody will enjoy the song."Hailed from Palpara Road in Jamalpur, AbantiSithi received training in music from ShushantuDevKanu of Jamalpur. Now she is receiving training regularly from Sujit Mustafa and Rothijit Bhattacharya. Daughter of Ajit Kumar Dev and Deepti Rani DeyAbanti is second daughter among three siblings.
Born on November 23, Sithi completed Honours and Masters in Chemistry from Jahangirnagar University. Before taking part in Kolkata's music related popular reality show SaReGaMaPa in 2018, Sithi's debut original song titled "TomarJonnyo" was released in 2014. Later, her other songs Jolkona, Nonajol and Shuvokamona were released. She secured 14th place in SaReGaMaPa.
After returning from the music reality show, her first released original track Tumibrishtibhalobaso was released which was composed by GoutamGhoshal. Later, she also lent her vocal for songs 'Rabindranath haschhilodeyale, Aloy alloy, Arektupor, Moner diary, Bhalobeseidekhona. But she yet not lend her voice for play-back song.