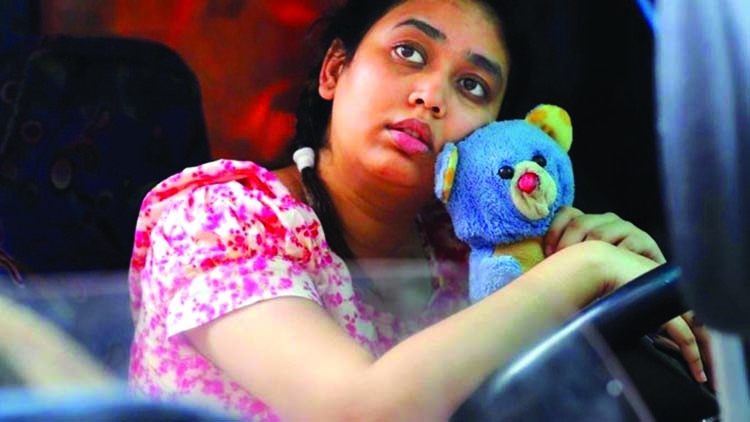 AshnaHabibBhabna has played the role of a mentally handicapped character in director AnimeshAich's short film 'To-let.'
The story of the short film revolves around a middle-class family with a disabled family member in the lockdown. The shooting was recently completed in Maghbazar, AnimeshAich's office.
Regarding her role, Bhabna said, "I do not really think of myself as a heroine. I am an actress. That is why the director hired me to play such a character. I have tried to portray the character properly. The audience will be able to tell how it went."
The short film is a part of 'GhorbondiShomoyerGolpo season 2'. SarkarApu, Syed Mosharraf, Jayaraj, and others will also be seen in this film, made under the banner of Alpha Eye Studios. The director said "To-let" will air on a private television channel on Eid.