Why Britain should step up Indo-Pacific alliance 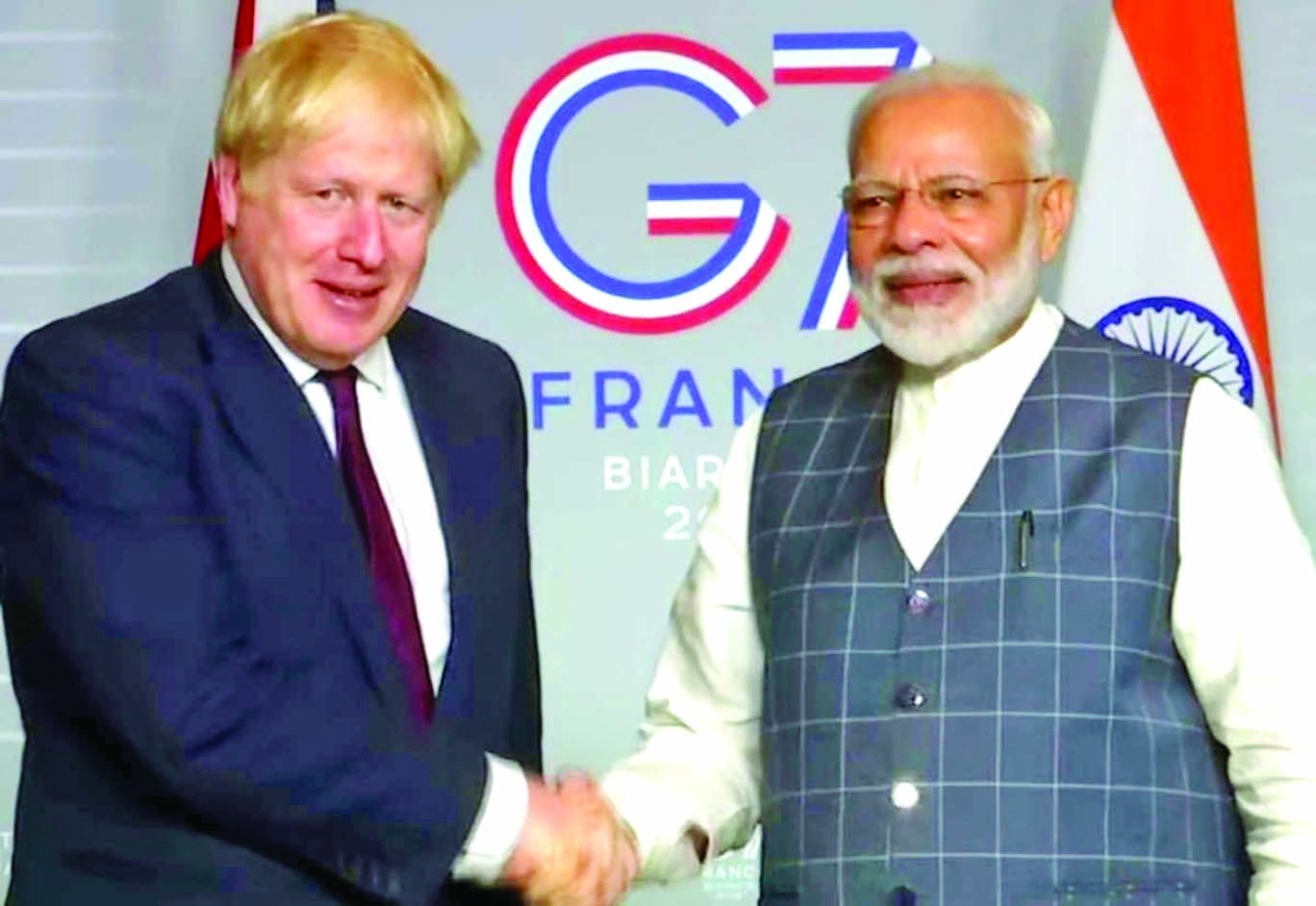 This file photo shows British premier Boris Johnson shaking hands with Indian Prime Minister Narendra Modi.
China's increasing military, economic and diplomatic power is dominating foreign policy discussions across the globe. Britain is right to take a firm stance against "gross and egregious" human rights abuses, standing by its allies in the process. However, to truly shore up the United Kingdom's rules-based global system and protect its values of free trade and democracy, the leaders of the UK must also move swiftly to deepen their relationships with their partners in the Indo-Pacific, reports The Times.
In purely economic terms the Indo-Pacific should be a top priority for Great Britain. It is the fastest-growing region in the world. By 2050 the Asia Pacific is predicted to have a combined population of 4.3 billion and account for 53 per cent of world GDP.
The UK is making inroads in negotiating trade deals with Australia, Japan, New Zealand and Singapore. Britain is also working towards accession of the CPTPP, a trade area comprising half a billion people and representing over a tenth of global GDP. This will enable Britain to sign up to a free trade area setting modern standards on digital trade, data and professional services.

Under Boris Johnson, the UK has set out ambitious research and development spending plans to cement Britain's place in the world as a centre of innovation. Collaboration in the Indo-Pacific region would allow UK to build on this strength. Alongside the UK, the US and China, India is one of the "big four" countries that produce the most tech "unicorns', those rare new companies that reach $1 billion valuations; South Korea is leading the world with its launch of a 5G network; Singapore regularly tops regional rankings for innovation; and leading tech companies in Japan and South Korea have some of the highest number of AI filings, according to the World Intellectual Property Organization.

Britain should also seek to deepen its security relationships in the Indo-Pacific. Building on HMS Queen Elizabeth's visit next year Britain should seek to increase British engagement with the quadrilateral security dialogue: India, Australia, Japan and the US, or even exploring opportunities for new base arrangements in the Indo-Pacific. This would demonstrate a clear commitment to this vital region.

Greater engagement with the Indo-Pacific is essential as Britain forges an independent future. One of the great successes of the pandemic has been the Oxford Jenner Institute's race to create a Covid-19 vaccine, which it will deliver in partnership with the Serum Institute, India's largest vaccine producer. This is emblematic of how transformative these two great spheres of innovation, Great Britain and the Indo-Pacific, can be when these two sides come together.