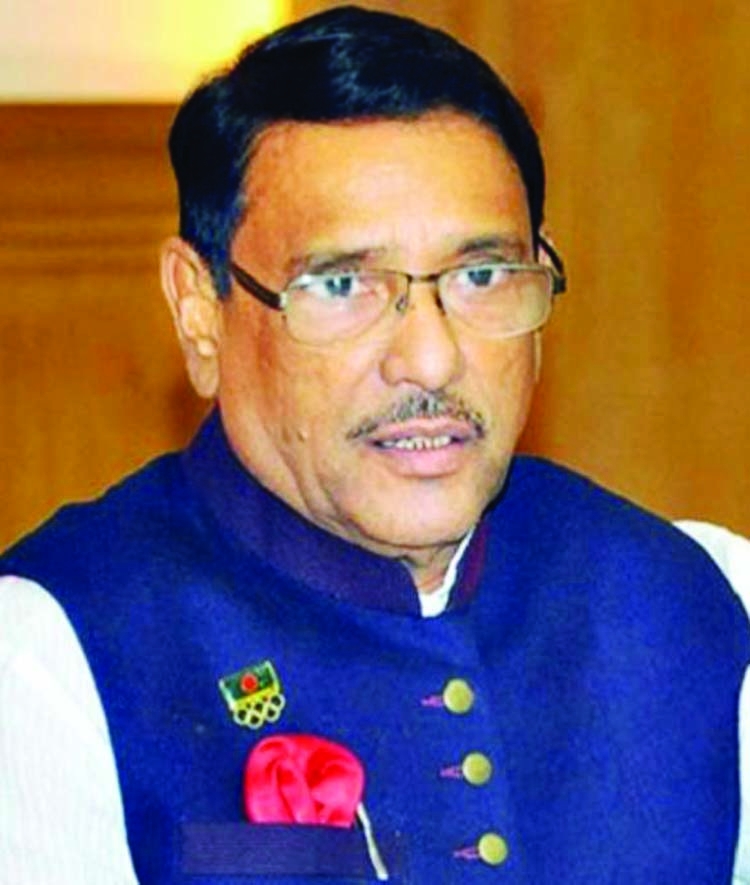 Road Transport and Bridges Minister Obaidul Quader on Wednesday asked all concerned to repair the incessant rain-affected roads to ensure smooth journey for home-goers during the Eid-ul-Azha, the second largest religious festival of the Muslims. "I urge all concerned of the roads and highways department to repair all dilapidated roads so that people don't suffer," he said.
Quader, also Awami League general secretary, gave the directives joining a videoconferencing from his capital's official residence with the officials of Chattogram roads zone of Chattogram Roads and Highways, BRTC and BRTA on the progress of Tunnel Project and Eid preparation.
Quader called upon the transport owners and workers to extend necessary cooperation to execute the road-transport law and restore discipline in roads for their own (owners and workers) interest.
Issuing a note of warning against the corruption in BRTC concerned, Quader said, "None will go unpunished, if he or she doesn't give up the corrupt practices."
Prime Minister's Sheikh Hasina's government is trying to enhance the capacity of this institution, the minister said, adding, "If its people don't come out from the graft practices, it will be very difficult to keep up this institution . . . Irregularities must be stopped and none will be spared unless he or she becomes cautious or corrected."
Expressing grave concern over the prevailing indiscipline and questionable construction works in the roads and highways, Quader said presently country witnessed huge development in infrastructure, but no discipline has been restored in roads as there are many complaints in the Bangladesh Road Transport Authority (BRTA).