'US sanctions could prove devastating for CCP leaders' 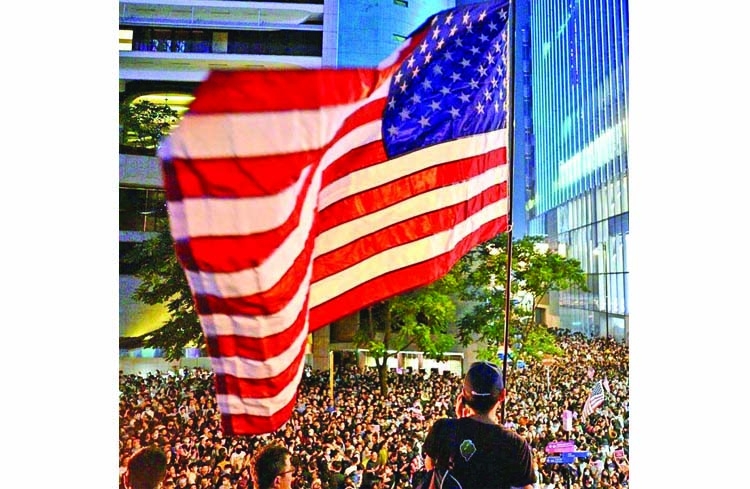 US financial sanction threats in response to Hong Kong, Xinjiang are a reality check for China's global yuan ambitions. -File photo
A New York-based online paper, Vision Times, has made sensational claims about Communist Party of China's (CCP) ten trillion dollar escape project, which it says will be doomed following Washington's sanctions on CCP leaders. The assertion comes in wake of US Department of Treasury's announcement of sanctioning of the Xinjiang Uyghur Autonomous Region (XUAR) Public Security Bureau and four CCP officials under The Global Magnitsky Act for involvement in serious human rights abuses against ethnic minorities in Xinjiang.
As per the data and statistics quoted on its official YouTube channel `China Observer - Vision Times', the online newspaper said that the Communist Party of China has amassed around $10 trillion across different countries through money laundering, misinvoicing and various other illicit means in the past two-and-a-half decades.
The accumulated money and assets are to be used by the leaders of the Communist Party of China if the party collapses and they are forced to flee following an overwhelming public discontent. Once the US takes action, all of the CCP's overseas funds will be frozen or even confiscated by the US. The 'Ark of Doom' or the 'Sinking Ship' plan of CCP was proposed in 1991 and was subsequently worked upon following unanimous approval from Central Advisory Committee. The party raised funds and properties across the globe under this devious effort.
The US Department of State has already declared some of the CCP members and their families ineligible for US visa. "The US may also convince the EU, Australia, New Zealand, Canada, the UK, Japan and other countries to freeze the CCP's overseas assets, putting the CCP officials' efforts in vain", said China Observer - Vision Times in its news documentary.
As per premier international media houses and think tanks, overseas investment or asset mergers and acquisitions such as investment in the `Belt and Road Initiative' was also used by CCP to secure its future. As exposed by WikiLeaks, corrupt officials in mainland China have more than 5,000 personal accounts in Swiss banks, two-thirds of whom are central-level officials from the level of vice premier, bank governors and ministers to central committee members.