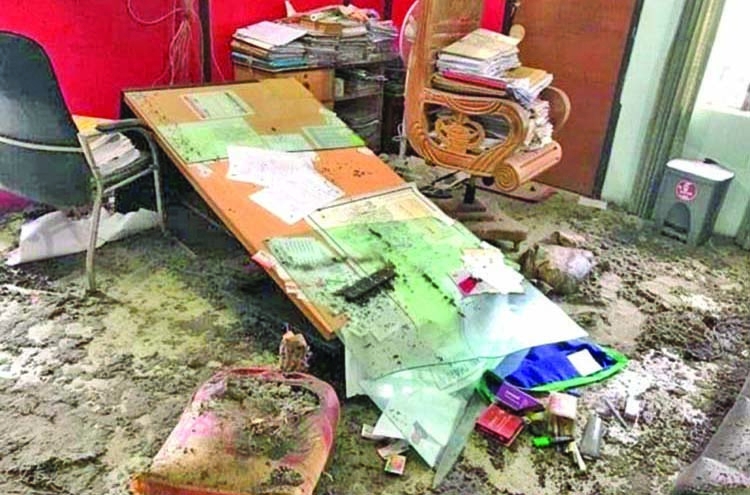 Top : A room at Pallabi police station in the capital damaged badly after a bomb blast; Bottom: ISIS claimed that it had carried out the attack. Site Intelligence reported after the claim. -BBC Bangla
A police inspector and four others have been injured after a bomb seized from a crime suspect exploded at Pallabi Police Station in Dhaka. The explosion took place around 4:30 am Wednesday, DMP Commissioner Md Shafiqul Islam said.
They injured were subsequently taken to Dhaka Medical College Hospital for treatment, according to Bachchu Mia, an inspector of the hospital's police outpost.
They are Pallabi Police Inspector (Operation) Emranul Islam, SI Rumi, PSI Angkur and Shajib, and 'Riyaz', who is not a member of the police force, said Bachchu.
Among the injured, Angkur suffered injuries to his eyes and was later sent to an eye hospital, said Bachchu.
"Shajib suffered ear injuries while Rumi and Riaz hurt their hands. Inspector Emran's left leg was injured below the knee."
Shajib and Riaz remain in hospital care while Emran and Rumi have been discharged.
Law enforcers arrested three men carrying firearms in the early hours of Wednesday, said Pallabi Police SI Aklima Khanam.
"They also had a weighing machine with them, which they said, had a bomb inside." 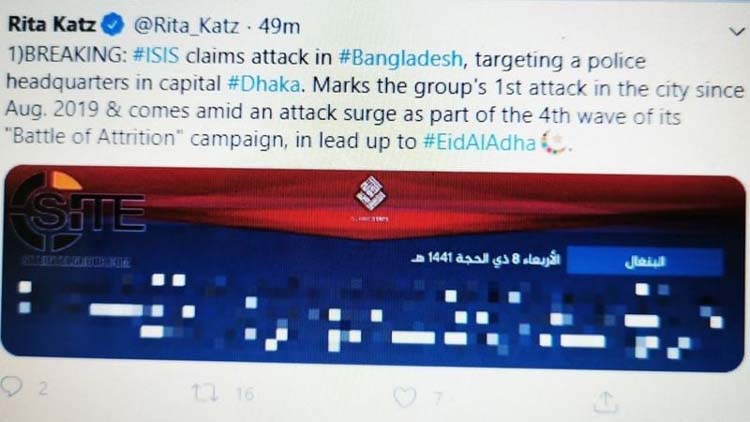 "The device contained multiple explosives. One of them exploded but specialists are working to defuse the others," DMP Additional Commissioner (Crime) Krishna Pada Roy said.
Police did not find any evidence linking any militant unit with the incident, according to him.
"The three arrestees have a criminal history. We are investigating the matter and they are being interrogated."
But DMP Deputy Commissioner (Media) Walid Hossain said there is information indicating that the detainees are 'hired killers'.
"Police had intelligence that they were planning to murder a local political leader. An investigation is ongoing and the matter will become clear at the end of it."
Asked about their alleged target, Walid said, "The person isn't a big politician. The issue stemmed from an enmity between local rivals -- that's what the suspects have told police during interrogation."
Meanwhile, the Site Intelligence Group, which monitors activities of militants, reported on Wednesday evening that militant organization the Islamic State or ISIS had claimed responsibility for the attack.
However, police in Dhaka denied the claim and said the bomb-carrying suspects are hired assassins.