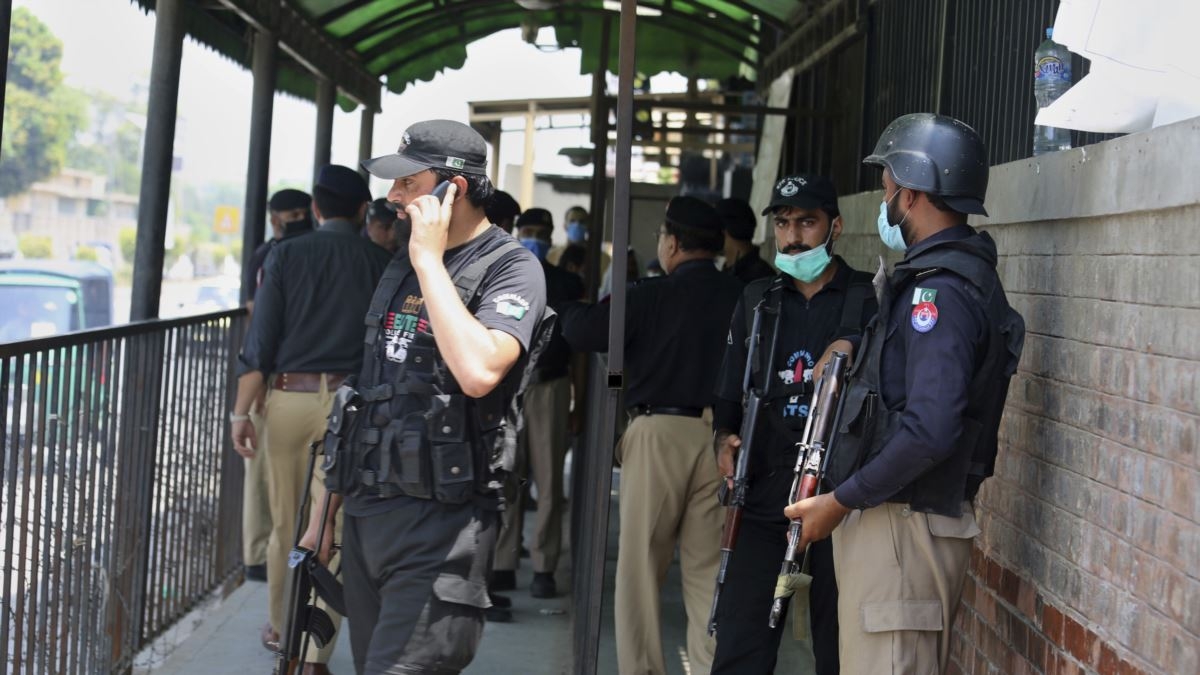 A Pakistani man facing charges of blasphemy was shot dead in court on Wednesday as he awaited the start of his hearing, police said.
Tahir Ahmad Nasim, 47, was a member of a persecuted sect whose faith has been deemed heretical in Pakistan because they challenge the succession of the Prophet Mohammed.
He had been escorted into court by police in the northern city of Peshawar when a man opened fire with a pistol.
The victim died on the spot while his 24-year-old attacker was arrested.
"He was killed by a young man inside the court while waiting his turn to appear before the judge," official Misal Khan told AFP.
Nasim was first arrested in April 2018 after a local accused him of blasphemy, a highly inflammatory charge in deeply conservative Pakistan that has sparked mob lynchings, vigilante murders and mass protests.
A conviction sometimes carries the death penalty.
He was a member of the Ahmadiyya Muslim community that many mainstream Islamic schools consider to hold blasphemous beliefs.
The group have been designated non-Muslims under Pakistan's constitution and have long been persecuted.
Senior police officer Mansur Amaan said authorities were investigating how the attacker managed to get his hands on a firearm inside a courtroom.
"He might have pulled the gun out of a policeman's holster," Amaan said. - AFP