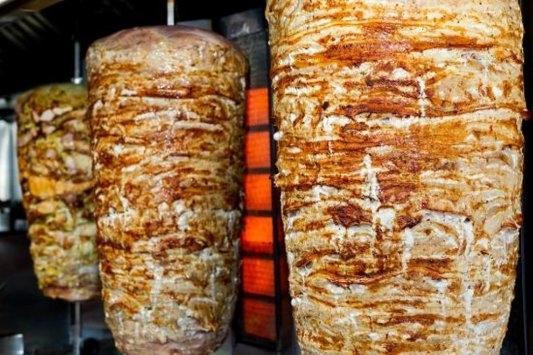 Mass food poisoning in Jordan has sickened more than 800 people and killed a child, all of whom ate cut-price shawarma from a restaurant outside Amman, the health ministry said on Wednesday.
The owner of the restaurant selling the popular rotisserie meat and bread snacks in the Baqa'a district northwest of the capital was arrested, local media reported.
"A 5-year-old boy died of massive poisoning," the ministry said in a statement.
Health minister Saad Jaber later said 826 people had been hospitalized with poisoning since the first cases were detected on Monday evening.
"So far, 321 people are still in hospitals, all in a stable condition apart from four cases who are in intensive care," he told journalists.
"All those affected said they had eaten meals from the same restaurant."
He said hundreds of extra doctors and nurses had been drafted to various hospitals to treat those affected.
Earlier, the ministry said laboratory tests had shown bacteria in the meat and poultry.
A special offer of a shawarma meal for one Jordanian dinar (about US$1.40), or about half the usual price, had sparked an influx to the restaurant, said local news sites.
Health ministry official Adnan Ishaq told state television that the meat had become infected because it was not refrigerated.
A heatwave has hit Jordan in recent days, with temperatures in Amman exceeding 40 degrees Celsius (100 degrees Fahrenheit).
The district prosecution said three people from the restaurant, including the owner, had been detained.
Jaber said an investigation was underway.
"Any offender will be held accountable, regardless of who they are," he said. - AFP