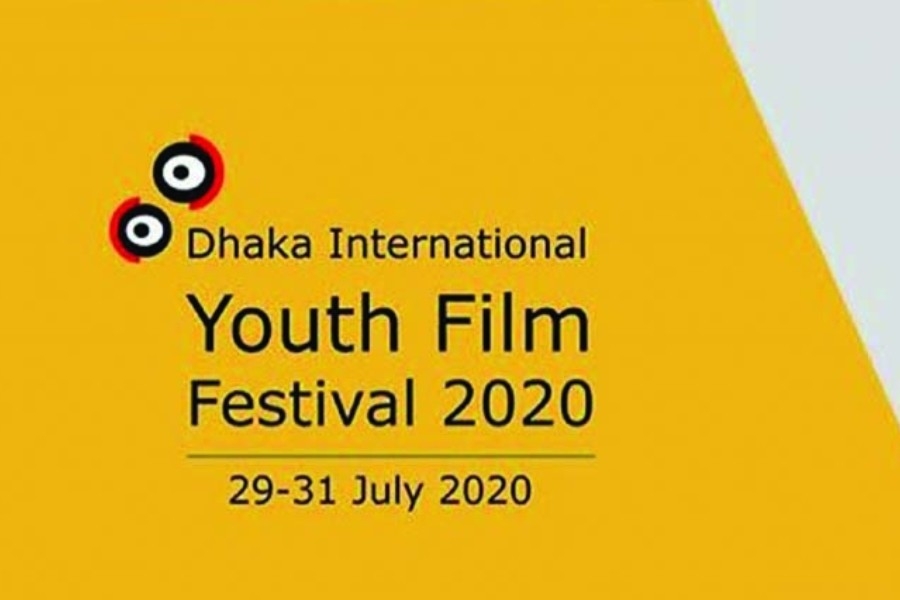 Dhaka International Youth Film Festival-2020 began virtually on the website and Facebook page of 'Step for Cinema', a youth-oriented organisation of young filmmakers on Wednesday.
With an aim to provide new filmmakers with a platform to showcase their creative talents, the festival was inaugurated with country's acclaimed filmmakers Amitabh Reza Chowdhury and Mostofa Sarwar Farooki as the guests of this virtual inauguration.
Festival chairperson Anonna Ruma also spoke at the inauguration ceremony, conducted by film critic and screenwriter Sadia Khalid Reeti.
In his welcome message, filmmaker Amitabh Reza Chowdhury said, "Although the world has been stuck in a strange situation due to the pandemic - we, as storytellers, always want to tell stories surrounding us to the audience. In a crucial time period when all of us are passing through many difficulties, this festival by the new platform 'Step for Cinema' will provide a platform to new filmmakers through featuring films from countries including India, Nepal, Turkey, Canada and others. I wish Dhaka International Youth Film Festival good luck and a great success."
Welcoming the audience, noted filmmaker Mostafa Sarwar Farooki said, "Our film industry has been moving forward despite having many obstacles on its way. I hope the festival will play an important role for the betterment of our film industry.'’
"Founded by a number of young and talented filmmakers, ‘Step For Cinema' began its journey in 2018. Our aim is to make short films, organise film workshops, provide training on filmmaking, bring out film publications and a handful of other exciting activities", festival chairperson Anonna Ruma said in her opening remarks.
According to Ruma, a total of 656 films from 45 countries have been submitted to the festival, while a group of young directors from Bangladesh, India and Iran evaluated the submitted films and selected a total of 58 films from 25 countries.
The inaugural day of the festival showcased local and international films including Turkish film ‘Cleats’, local films ‘Poran Putul’, ‘Pratyahik’, ‘Charka’ and ‘Nienta In Realta’, Afghan film ‘Mirror is the Witness’, Croatian film ‘The Stump’, Indian films ‘The Outcast’, ‘Sonshayani’ and ‘The Meat’, Egyptian film ‘Anthropo’, Syrian film ‘The Last Station’, Greek film ‘One Way Ticket’, Iranian film ‘Elders’, English film ‘Jane the Queen’, German film ‘Sleepwalker’ and Italian film ‘Breath g’.
A panel of judges including veteran actor Tariq Anam Khan, singer SI Tutul and filmmaker Shahneoyaj Cacoly and seven filmmakers from Canada, Iran, Turkey, Nepal, Mexico and India are evaluating in this year's festival.
Participant filmmakers in the festival will receive awards in various categories namely Best Film, Best Director, Best Script, Best Cinematography, Best Actor/Actress, Best Bengali Movie and Best Experimental Film. In addition to these, a Bangladeshi filmmaker will receive an award in the 'Lifetime Achievement' category.
Along with the screenings, the festival is also featuring online webinars and discussions where seasoned filmmakers from across the globe will participate in the sessions as guest speakers.
Interested audiences can enjoy the films on Step for Cinema’s website and Facebook page from 4 pm to 7 pm till July 31.