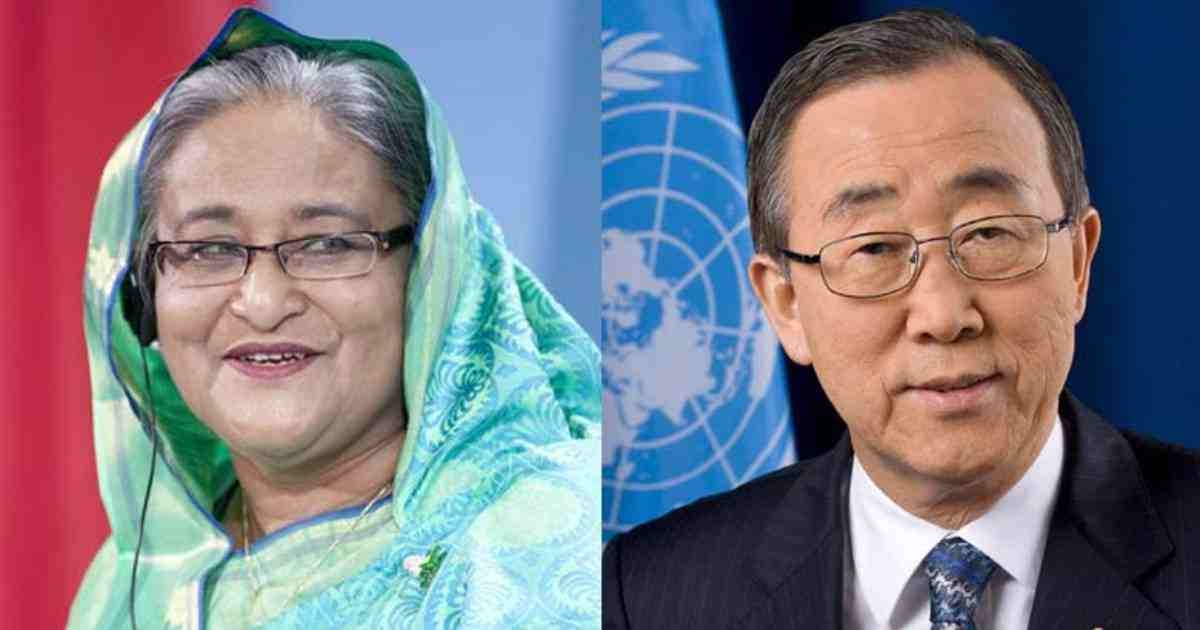 The next Climate Vulnerable Forum (CVF) conference will be held in 2021 commemorating the "Mujib Borsho" (Mujib Year), said Chair of the Global Centre on Adaptation Ban Ki-moon.
"Chair of the Global Centre on Adaptation and ex-UN Secretary General Ban Ki-moon called up Sheikh Hasina around  6:10pm and informed about it," said PM's Press Secretary Ihsanul Karim.
The press secretary said Ban Ki-moon and the Prime Minister in their nearly 12 minutes of conversation talked about different issues, including the CVF Conference and the Global Centre on Adaptation Conference.
Karim said the Global Centre on Adaptation Conference will be held in the second week of September next and Prime Minister Sheikh Hasina will inaugurate the conference, while Ban Ki-moon will join it virtually.
He said the former UN secretary general highly appreciated the leadership of Prime Minister Sheikh Hasina for combatting the coronavirus situation and super cyclone 'Amphan' with courage.
Ban Ki-moon said the people of Southeast Asia will have to be built as resilient ones so that they can tackle situations like Covid-19 pandemic and cyclone Amphan.
The ex-UN secretary general extended his heartiest congratulations to Prime Minister Sheikh Hasina on her election as the CVF chair for the second time.
He also congratulated Saima Wazed Hossain, Chairperson of the National Advisory Committee on Neurodevelopmental Disordersand Autism, as she has been made a “Thematic Ambassador” by the CVF.
The prime minister thanked Ban Ki-moon for making the phone call to her, the press secretary said.