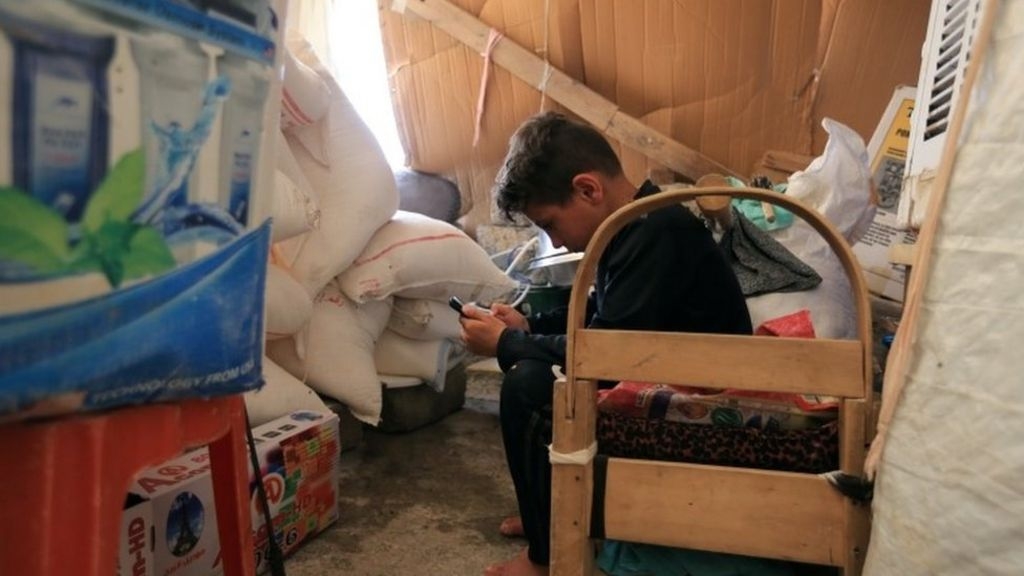 Amnesty International says children of the Yazidi religious and ethnic minority who survived brutal captivity at the hands of the Islamic State group in Iraq are suffering severe physical and mental health problems.
Many Yazidi children were killed when IS overran their homeland in 2014.
Almost 2,000 known to have survived are not getting the care they need.
Amnesty says the children have been all but abandoned and are in desperate need of long-term support.
When IS stormed into their ancestral heartland in northern Iraq, the Yazidis fled to Mount Sinjar. Many were killed and some 7,000 women and girls were seized and enslaved. Many of them were raped.
A mother's heart-breaking choice
Some of the boys lost limbs in battle, while some girls who were raped may never be able to have children. Amnesty is calling for enslaved Yazidi women who had the babies of IS fighters to be resettled with their children abroad.
Based on dozens of interviews in northern Iraq, the report says child survivors are suffering from "debilitating long-term injuries," as well as post-traumatic stress disorder, mood swings, and flashbacks.
Education is scarce in displacement camps where tens of thousands of Yazidis are still stuck.
Yazidi women forced to marry IS fighters are also struggling to deal with the psychological wounds.
"I want to tell [our community] and everyone in the world, please accept us, and accept our children... I didn't want to have a baby from these people. I was forced to have a son," 22-year-old Janan told Amnesty.
Many Yazidi women were separated from their children when fleeing the final IS stronghold in Syria.
"We have all thought about killing ourselves, or tried to do it," said Hanan, a 24-year-old Yazidi whose daughter was taken from her.
Amnesty said mothers must be reunited with their children permanently.
"These women were enslaved, tortured and subjected to sexual violence. They should not suffer any further punishment," said Matt Wells, deputy director of Amnesty's crisis response team.