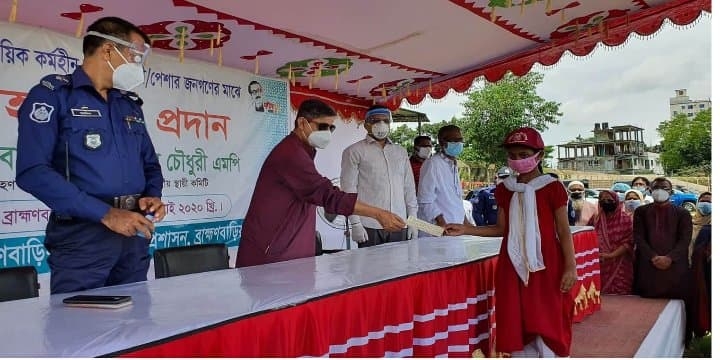 He was addressing as the chief guest acheque-distribution program among five hundred people from differentprofessions including 332 kindergarten teachers and insolvent sportsmen at NiazMohammad Stadium in Brahmanbaria town on Thursday.

At the initiative of Sadar upazilaadministration, a total of 11 lakh 27 thousand taka was distributed among thecorona-hit professionals and sportsmen.

Muktadir Chowdhury MP, also chairmanof the parliamentary standing committee on civil aviation and tourism ministry,said, “The government led by Prime Minister Sheikh Hasina has been working forthe jobless people during the global pandemic. Aids are being provided to minimizetheir sufferings.”

He urged all to maintain physicaldistance and comply with the health guidelines to prevent the infection ofcoronavirus.