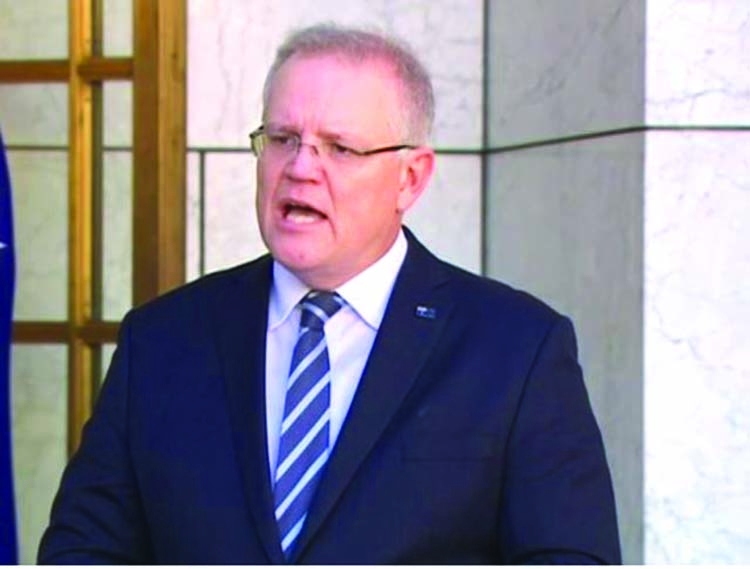 The Prime Minister has escalated his dispute with Mark McGowan over Western Australia's hard border closure, warning the Premier his "all-or-nothing approach" will "highly likely" fall foul of the constitution. Clive Palmer's WA border dispute is being heard in the Federal Court this week, before heading to the High Court later this year. Scott Morrison has defended the Commonwealth's decision to join Mr Palmer's action. He said he was concerned about the "combative" way the debate had unfolded.
A Victorian politician says she has sought legal advice on mounting a High Court challenge to state border closures if governments do not make life easier for divided cross-border communities. Ali Cupper, the independent state MP for Mildura, has argued for weeks the local government area surrounding the north-west Victorian city should be included in a "travel bubble" allowing movement into South Australia and NSW. But since then, the SA and NSW Governments have tightened their own border restrictions, leaving Mildura residents unable to travel to Adelaide and needing permits to cross to satellite communities on the other side of the Murray River. Ms Cupper has asked the Federal Government to intervene, hoping temporary borders could be drawn up to limit travel without dividing cross-border communities.
With the government reportedly taking a look at more than 275 Chinese apps for a potential ban, after a ban on over 100 apps has already been ordered, rumours are that PUBG Mobile could finally be banned in India. Many in the country seem set to welcome the new move, though Gadgets 360 is yet to receive a clarity on the matter. However, many fans of the game have been requesting the authorities to not include PUBG Mobile in any fresh list of banned apps. The latest development comes just after the government reportedly banned 47 Chinese apps on Monday.
Holy water will be consumed from single-use bottles. Pilgrims will get sterilized pebbles to throw at pillars symbolizing the devil. And instead of jostling shoulder to shoulder, worshipers will circle Mecca's grand mosque with 1.5 meters of space between them. This year, Islam's annual hajj pilgrimage - which starts on Wednesday - will be unlike any other. Saudi Arabia has dramatically downsized the ritual because of the coronavirus pandemic, with authorities testing pilgrims and cutting their numbers from the usual 2 million to around 1,000. As a result, this year's pilgrims will be among a lucky few, selected through an online vetting system open only to residents of the kingdom. "It's such beautiful moment for me," said Faridah Binti Bakti Yahra, a 39-year-old Indonesian mother of three, who was so surprised by the call telling her she'd been chosen that she thought it was a scam. "I couldn't believe it was true."