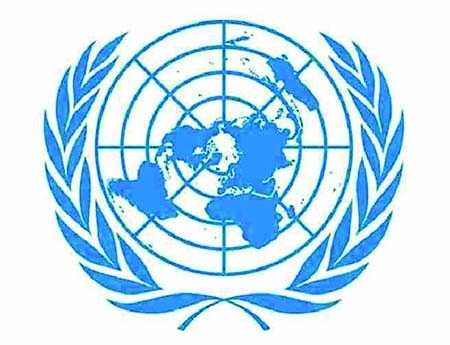 UN human rights experts have warned of increased patterns of closing of digital spaces amid the COVID-19 pandemic. UN Special rapporteurs attending the annual RightsCon conference on human rights, the first fully online, stressed that COVID-19 has made them even more reliant on digital technologies and the space they create for civic engagement.
With the closing of civic space and restrictions on offline media, access to universal, open, affordable, secure, and stable Internet is vital to save lives, to prevent abuses, to continue to promote and protect human rights and urgently increase access to information, they said in a statement released Thursday, reports UNB.
"Digital technologies that construct and surround the space in which we conduct our lives during these unprecedented times must not be used by governments or companies to restrict fundamental freedom, reduce civic space, and target civil society actors, including human rights defenders," they said in the statement.
The independent experts joined the online summit to discuss a range of topics including lessons learned from the pandemic, surveillance technologies, security and data collection, racial discrimination, and online attacks against human rights defenders and protest movements.
"States continue to leverage the Internet and digital technologies to quell dissent, engage in unlawful surveillance, and strip individuals of their capacity for collective action, both online and off.  We are deeply concerned that such patterns of abuse have accelerated under the exigencies of the global pandemic," they said.
As the UN nears its 75th General Assembly, the gap between the commitments and actual practices of states needs greater scrutiny, they said.
Experts extolled the protests movements by persons of African descent against systemic violence and institutional racism and called on technology companies to meet their responsibility to respect human rights and contribute to remedial efforts for any discrimination the sector causes or contributes to.
Just this year, the experts have presented reports, sent numerous communications to various states and issued press releases addressing emerging digital technologies and racial inequality; the freedom of expression during pandemics; targeted killings through armed drones; the right to freedom of peaceful assembly and of association in the digital era.
The special rapporteurs will continue to document the intersection of technology within their mandates, particularly as they prepare to release their upcoming reports to the United Nations General Assembly.
The UN experts are Clément Nyaletsossi Voule, Special Rapporteur on the right to peaceful assembly and association; E. Tendayi Achiume, Special Rapporteur on contemporary forms of racism; Agnes Callamard, Special Rapporteur on extrajudicial, summary or arbitrary executions; David Kaye, Special Rapporteur on the promotion and protection of the right to freedom of expression; Mary Lawlor, Special Rapporteur on the situation of human rights defenders; Fionnuala D. Ní Aoláin, Special Rapporteur on the promotion and protection of human rights and fundamental freedoms while countering terrorism.