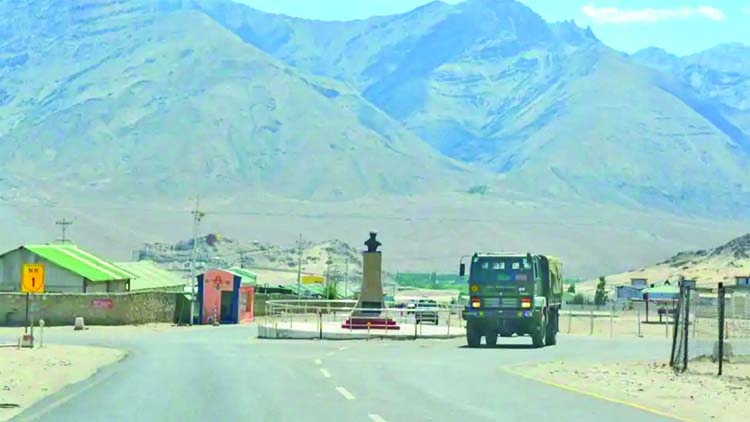 India's position on the border standoff with China was backed on Thursday by Australia, which said it opposed attempts to unilaterally alter the status quo along the Line of Actual Control (LAC) as that could increase the risk of instability.
Australian high commissioner Barry O'Farrell conveyed his country's position to Indian External Affairs Minister S Jaishankar during a meeting, at which the two sides discussed developments across the Indo-Pacific region amid the Covid-19 pandemic, reports Hindustan Times. The Australian side urges restraint along the LAC and supports continued moves towards de-escalation, said a statement from the Australian high commission.
"As I told the external affairs minister of India today, Australia opposes any attempts to unilaterally alter the status quo, which only serve to increase tension and the risk of instability," O'Farrell was quoted as saying in the statement.
"It is important that the bilaterally-agreed principles and norms that have helped prevent escalation or miscalculation in the border areas over many decades continue to be observed," the statement added.
India has repeatedly said in recent weeks that it is opposed to any unilateral efforts to change the status quo along the LAC, along which tens of thousands of Indian and Chinese troops continue to be deployed.
There has been growing convergence between India and Australia on security issues and the role of China in the Indo-Pacific in recent months. The two sides elevated their ties to a comprehensive strategic partnership and signed an agreement for reciprocal access to military logistics during a virtual summit last month.
Australia, which is set to be invited to join the Malabar naval exercise conducted by India, Japan and the US, has also backed India's calls for reform of international bodies such as the World Health Organisation (WHO) and sought a probe into the origins of the pandemic.
During a meeting of the US and Australian defence and foreign ministers in Washington on Tuesday, the two countries envisaged a key role for India in defence cooperation and post-Covid-19 recovery efforts in the Indo-Pacific.
The Australian mission's statement further said that "Australia remains vigilant about strategic trends inimical to our vision of the region" even as it focuses on the health and economic impacts of the Covid-19 crisis.
Australia envisages an Indo-Pacific that is an open, free, rules-based region that is "resilient to coercion" and supported by inclusive institutions, the statement said. "Territorial disputes and competing claims should be resolved peacefully by the claimant countries, and in ways consistent with international law," it added.
Australia also continues to be deeply concerned by China's actions in the South China Sea that are "destabilizing and could provoke escalation", the statement said. On July 23, Australia lodged a note with the UN Secretary General refuting China's "unlawful maritime claims in the South China Sea".
It added: "It rejects China's claim to historic rights and internal waters, its assertion of certain maritime zones, and its contention there is wide international recognition of its South China Sea sovereignty claims."