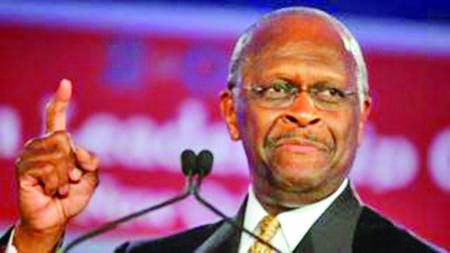 Herman Cain, the Republican pizza chain CEO who ran for president in 2012, has died after contracting Covid-19.Cain, 74, was hospitalized after being diagnosed with the disease earlier this month.
"Herman Cain - our boss, our friend, like a father to so many of us - has passed away," a message posted on his official website said. He was a supporter of President Trump and is one of the most high-profile Americans to die with the virus. His social media accounts had been providing regular updates on his condition. On 7 July, a post from his Twitter account said "doctors are trying to make sure his oxygen levels are right".
--- BBC