'Standing by people in miseries is AL's tradition' 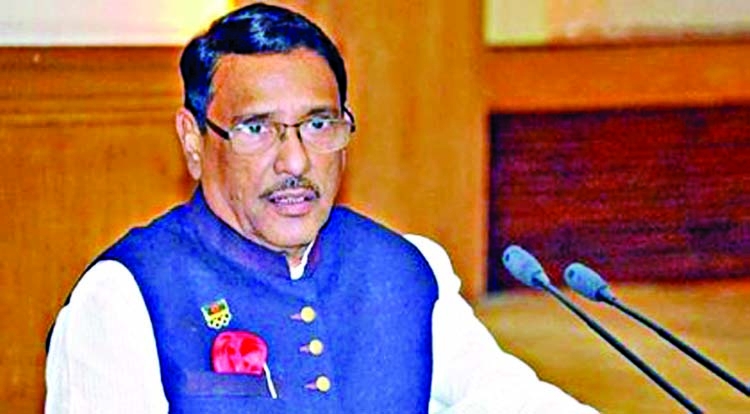 Awami League General Secretary Obaidul Quader has said it has been his party's tradition for over seven decades since its inception to stand beside the people with humanitarian assistance during their miseries.He came up with the remarks joining a function through videoconferencing from his official residence at the party president's Dhamondi political office in the city on Thursday.
Quader, also the road transport and bridges minister said, "Awami League leaders and workers are continuing their humanitarian supports to people during coronavirus crisis, cyclone Amphan and the current flood situation. We always stand by people in every disaster and crisis period of the country as like as we have role in its every achievement."
Describing the role of AL in some recent crisis periods, Quader said the leaders and workers of the party and associate and like-minded bodies provided foods, cash money, healthcare facilities and safety equipment in the cyclone Amphan-hit areas.