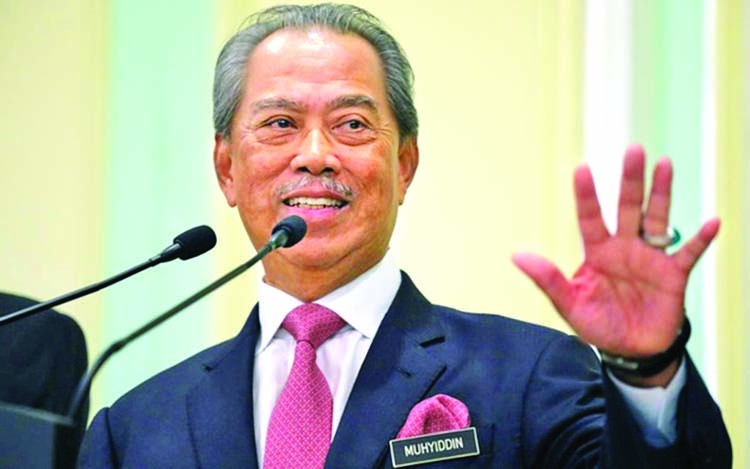 The biggest party in Malaysia's ruling coalition on Thursday said it will withdraw from a political alliance with the prime minister but will continue to support the government, potentially undermining the stability of his administration.
The move by the United Malays National Organisation (UMNO) party comes two days after former premier Najib Razak, a party leader, was sentenced to 12 years in jail for corruption in a case linked to the multi-billion dollar scandal at state fund 1Malaysia Development Berhad (1MDB).
UMNO makes up the largest bloc of lawmakers in Prime Minister Muhyiddin Yassin's coalition and its support is crucial for the survival of the government, which has a two-seat majority in parliament.
UMNO joined with Muhyiddin's Bersatu party and other political parties five months ago under the Perikatan Nasional banner to form the government after the shock resignation of former Prime Minister Mahathir Mohamad.
While quitting the Perikatan Nasional, UMNO said its lawmakers would continue to support the government and the prime minister."UMNO has made the decision to not be part of Perikatan Nasional," UMNO President Ahmad Zahid Hamidi told a news conference, reports Reuters.
The party will focus on strengthening its partnership with the Islamic party PAS under the Muafakat Nasional pact.Muhyiddin had proposed to make his Bersatu party a member of the Muafakat pact, but no decision has been made yet, Ahmad Zahid said.
Muhyiddin's office did not immediately respond to a request for comment.UMNO's decision to withdraw could be seen as retaliation over Najib's verdict, said Ibrahim Suffian of independent pollster Merdeka Center. While Najib no longer leads the party, he remains highly influential.
Ibrahim said UMNO's lawmakers will no longer be bound by convention to support Muhyiddin in parliament."They are no longer constrained within the coalition, which means the lawmakers can walk off at any time... the government could collapse at any time," he said.