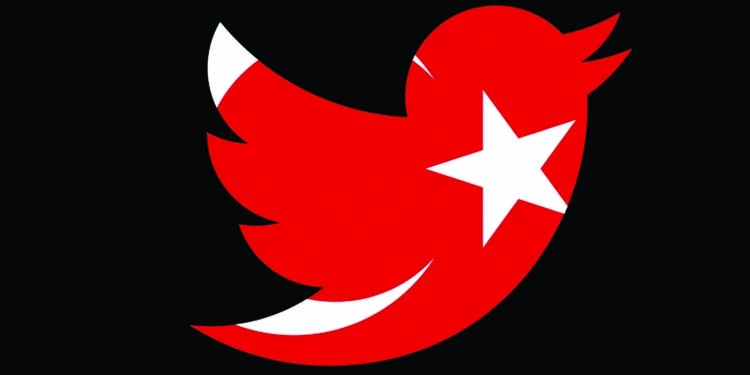 Turkey's parliament on July 29 passed legislation effectively banning Facebook, Twitter, and YouTube - unless they comply with government censorship. Under the rules, expected to take effect on October 1, every major social media platform will need to appoint a local representative in Turkey and respond quickly to court orders to block or remove content. Companies that fail to designate a representative could face hefty fines and see their bandwidth cut by up to 90 percent, reports Washington Post.
The new law intensifies President Recep Tayyip Erdogan's push to control the media. Other governments have restricted Internet freedom amid the pandemic, whether to combat harmful misinformation, or clamp down on their critics. But why is Turkey going to such lengths and precipitating a showdown with some of the world's most powerful tech companies?

President Recep Tayyip Erdogan has described social media sites as "immoral" and made no secret of his desire to see them tightly controlled. Our research - based on nationally representative polls in Turkey - suggests the new law isn't a sign of President Erdogan's growing strength, but perhaps is a sign of the regime's weakness. The data point to three reasons Turkey's government was losing its ability to control public opinion. With previous censorship efforts falling short, the government's focus may have shifted to tighter controls on social media. Here's what you need to know.
1. Most Turks already know that Turkish media content is censored
To understand how ordinary Turks view the media and get their news, the Center for American Progress, a US nonpartisan policy institute, commissioned a nationally representative, face-to-face survey of 2,534 Turkish adults in May and June 2018. The survey was conducted by the local polling firm Metropoll and used stratified random sampling.
The poll's results reveal that even two years ago, government censorship had fueled a high degree of distrust in Turkey's media. Seventy percent of respondents thought the media generally "presents biased and untrustworthy information." A majority - 56 percent - stated the media "is not able to speak freely and is more controlled by the government." In short, while the government might be putting a spin on the daily news, most Turks weren't buying the official line.
These figures suggest many Turkish voters have few illusions about media freedom - and that could mean Erdogan won't pay a political price for the latest social media regulations. Turkey's new law may be undemocratic, but Erdogan's illiberal attitudes toward the media have been apparent for over a decade.
Indeed, our survey showed that many of Erdogan's own supporters already know he is restricting freedom of speech. Among Turks who approved of President Erdogan in 2018, approximately 30 percent agreed the media is "controlled by the government." But in a hyper-polarized country like Turkey, partisan loyalties frequently trump concerns about democratic principles.
2. Usage of social media and online news sources has boomed
A closer look at the survey data suggests censorship may have driven citizens toward independent online news sources - whose popularity probably has provoked the new law.
Our statistical analysis found if a respondent considered Turkey's media unfree, they were significantly more likely to rely on social media as their primary news source and less likely to depend on television. This finding holds even when we control for a respondent's political party, age, level of education and numerous other factors that might affect their choice of news source.
In Turkey, television - a medium the government tightly regulates - remains by far the most widely used news source. But its popularity is sharply declining.
In mid-2015, 87 percent of Turks relied on television as their main source of news, according to the Turkish Election Study, a nationally representative survey. Yet in our 2018 poll, that figure fell to 72 percent. Meanwhile, the share of respondents who use social media as their primary news source rose fivefold, from 2 percent in 2015 to 10 percent in 2018.
3. These trends have created growing vulnerabilities for Erdogan
As Turks increasingly turned to more independent online news sources, Turkish officials had little ability to keep citizens from coverage that criticized the government, whether over its pandemic response or the potential withdrawal from a convention on gender-based violence. Turkey's new regulations indicate the government views online news as a particular problem, as the law empowers judges to order social media platforms as well as Turkish news sites to remove content.
Our statistical analysis of the 2018 survey data suggests a strong association between using online outlets or social media for news and disapproving of President Erdogan, even after controlling for an individual's political party and demographic characteristics. Although this finding is merely suggestive, scholarly research has shown media consumption can significantly affect voting behavior.
Online news and social media also may have facilitated the formation of breakaway factions from within Erdogan's own Justice and Development party. In the past year, two former allies, Ahmet Davutoglu and Ali Babacan, each founded their own parties and challenged Erdogan's hold over conservative voters. They have used online news outlets and social media to woo disaffected voters, garnering millions of views on YouTube.
Finally, social media has provided a rare outlet in Turkey for frustration with the government to bubble up. This June, when Erdogan spoke to high school students via YouTube, hundreds of thousands of them disliked the video - and told the president in the comments section that he wouldn't be receiving their vote.
What does this mean for Turkey's politics?
Recep Tayyip Erdogan has been in power as Turkey's president or prime minister for 17 years. Is Turkey's social media legislation, like pandemic control measures in other countries, a sign the leadership's hold on power is only becoming more secure? Turkey may now be taking a step toward further democratic erosion, but our research suggests the impetus for this move may have been Erdogan's concern that his grip is slipping.