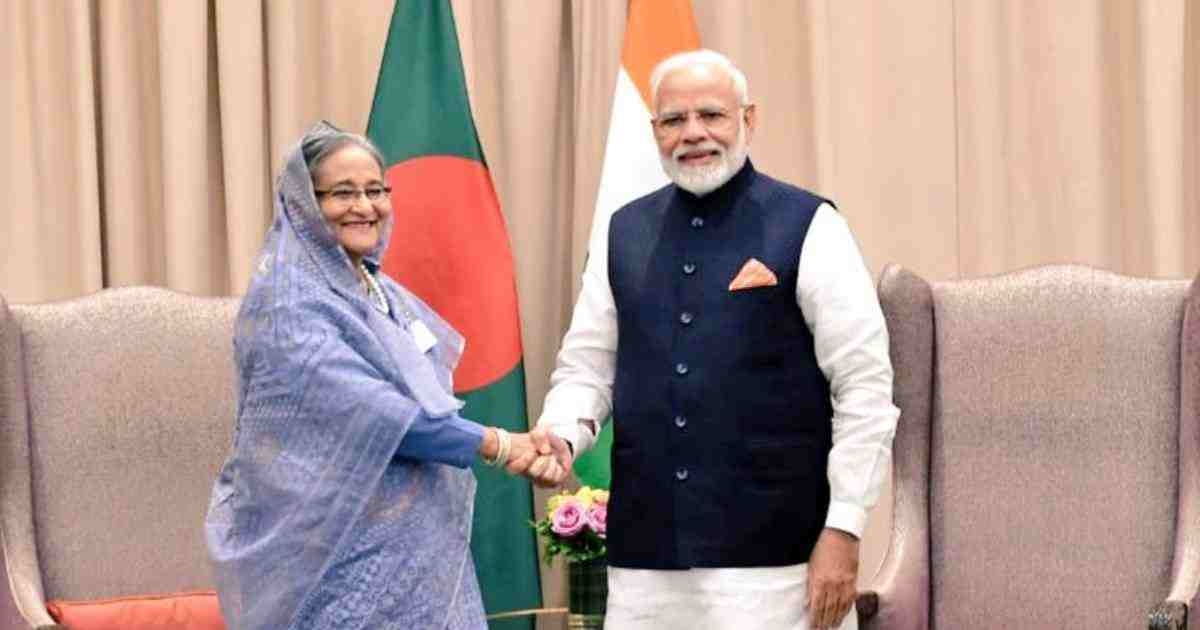 India on Thursday described its relations with Bangladesh as "exceptionally" close but expressed displeasure over "mischievous" story pertaining to Bangladesh-India ties.
"We are confident that both sides appreciate mutual sensitivity and mutual respect building further on the relationship," said Indian Ministry of External Affairs Spokesperson Anurag Srivastava at a virtual weekly media briefing in New Delhi.
Responding to question about a newspaper report that the 10 diesel locomotives Bangladesh received from India were "second-hand" and at least "five-seven" years old, Srivastava said these locos have been provided from the inventory based on a specific request and urgent requirement of Bangladesh.
He also said the same Bangladeshi Bangla daily had recently carried a "mischievous" story pertaining to India-Bangladesh relations and a "concocted" story about the Indian High Commissioner to Bangladesh that she is not getting an appointment with Prime Minister Sheikh Hasina for four months.
Though Indian media outlet The Hindu, quoting the Bangladeshi media article, claimed that Prime Minister Sheikh Hasina did not give time to India’s High Commissioner despite repeated requests for a meeting in the last four months, a senior official in Dhaka said no such appointment was sought in the last four months before July 22.
"The High Commissioner sought an appointment to meet our Prime Minister (Sheikh Hasina) on July 22. No appointment was sought before that," the official told UNB expressing displeasure over such a "speculative" report.
The official, wishing to remain unnamed, said Bangladesh is “indeed enjoying the best” of relations with India and that will get stronger in the coming days.
High Commissioner Riva Ganguly is scheduled to leave Dhaka for headquarters at the end of September or the first week of October.
A diplomatic source said no diplomat met Prime Minister Sheikh Hasina in the last four months due to coronavirus outbreak in the country.
"I can tell you at least five Ambassadors left Dhaka completing their tenures in Bangladesh recently. They even didn’t have farewell meetings with the Prime Minister due to coronavirus," the source told UNB.
The envoys are from South Korea, Switzerland, Spain, Norway and Sweden.
Referring to Indian External Affairs Minister Dr S Jaishankar's recent remarks, the MEA Spokesperson said India's relationship with Bangladesh is a role model of good neighbourly relations in the region.