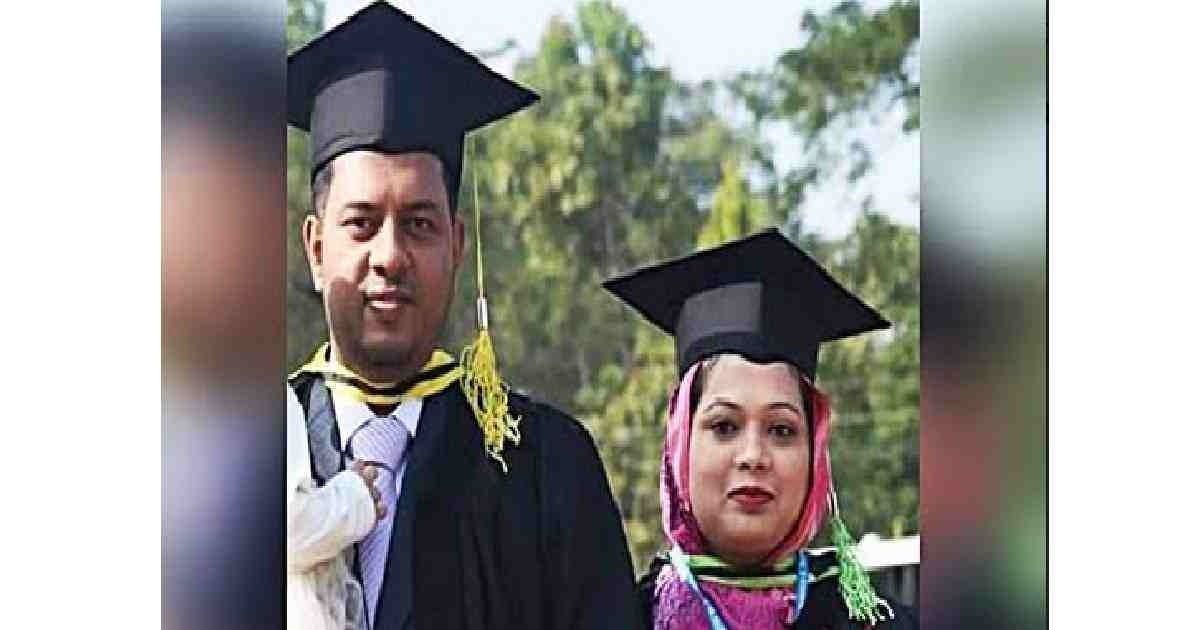 Police arrested a female teacher of Shahjalal University of Science and Technology (SUST) and her husband on Thursday night for allegedly torturing their domestic help .
The arrestees were identified as Sabina Yeasmin, assistant professor of the Department of the Public Administration and her husband Shohagh.
Selim Mia, officer-in-charge of Kotwali Police Station, said getting complaint, a team of police arrested the couple for torturing to 12-year-old house maid.
Later, the victim's father Abul Kashem filed a case against the couple.
Quoting locals, police said the couple often used to torture the maid with iron pipe and kept her confined in their room.
On Thursday, the victim managed to flee the house and took shelter at the house of a neighbour and contacted police at 999.